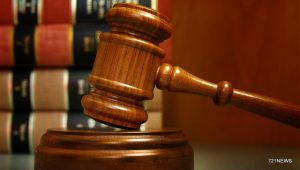 The Judge of Instruction has made a decision today on the request of the defense to hear several witnesses in the case of my client J.R. The Judge has, in short, ignored the prosecutors standpoint that the defense does not have the right to call witnesses because my client is no longer in custody and has granted my client the procedure for preliminary inquiry.

Of the several witnesses requested by the defense to be heard, the Judge of Instruction has allowed only one to be heard whereafter the need to hear the other requested witnesses or other witnesses may be revisited. While the decision to hear the Prosecutor (T. Kamps) and the worker by SJIB has been denied (as two of the originally requested persons to be heard), both persons must make a report within one month from today on the matters instructed by the Judge of Instruction and both reports must be added to the file of my client.

Also the Judge has determined that the public prosecutor’s office has until July 17th 2015 to give an update on the status of the seized laptops, mobile phone, etc.

The defense is pleased to see some progress being made in this case and eagerly awaits the further developments in this investigation.