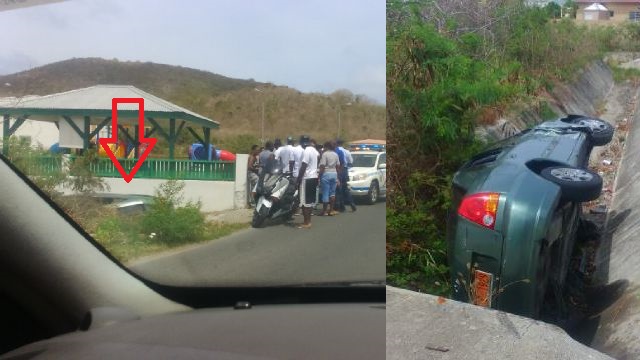 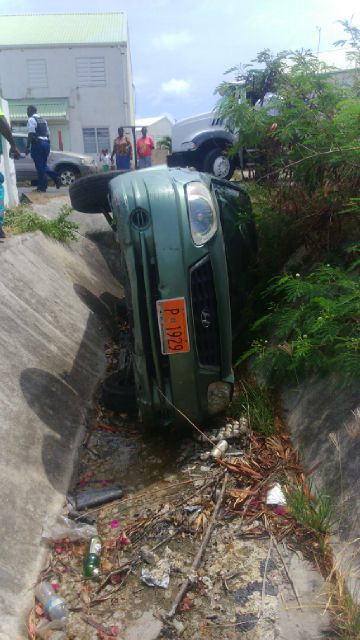 PHILIPSBURG, St. Maarten – A Green Hyundai car with license plate number P-1929, slid into a ditch in the district of Belvedere early Monday afternoon with three persons on board.

Initial reports are that the vehicle which was being driven by a female, ended up in the ditch on the side of the road after the driver seemingly lost control for unknown reasons.

Along with the driver it was reported that two children were inside of the car, one an infant and a young boy.

Witnesses to the accident provided assistance in removing the occupants before the vehicle could have shifted further in the ditch, possibly saving the life of the infant and young boy who were frantically seen trying to escape the car which was at the time perched on the edge of the road.

One person who came to the assistance of the occupant was forced to hold the car while the other rescuer assisted with the removal of the occupant after the driver scrambled to secure the infant, which was tossed about in the car during the accident.

The police later arrived on the scene and is expected to conduct an investigation.