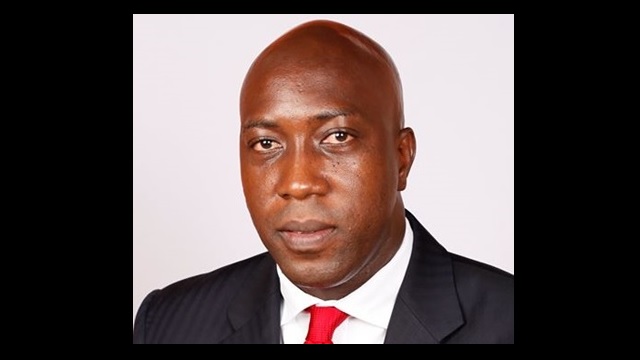 Upbeat about the multi-million dollar pier development along with the passage of a bill to enact legislation for duty-free shopping in the British Virgin Islands (BVI), government lawmakers yesterday oozed confidence that the territory has risen from the doldrums of cruise tourism and is now positioned to challenge its neighbouring competitors St Martin and the US Virgin Islands (USVI).

Education Minister Myron Walwyn, throwing his support behind the impending duty-free system, lamented that the USVI had managed to outclass the BVI in cruise tourism over the years although – according to him – the BVI is much more beautiful and has far better sailing waters.

“We come from the same set of people and, if we are the same people, how is it that they [in the USVI] could be so far ahead of us in an industry though we are pretty much on equal footing when it comes to beauty – and we have been a lot more beautiful than they are, and we have more to offer particularly when it comes to the sailing itself,” Walwyn said.

He further stated that the BVI still has a lot to do in areas such as customer service, converting cruise passengers into overnight visitors, and finding creative ways to make tourists want to spend their money. But Walwyn said he is satisfied with the work done thus far by the National Democratic Party administration.

“All of that [work] happened in a short three-and-a-half years with this government; that is what I call progress.”

“This now puts us in the position with St Thomas [in the USVI], with St Kitts and with St Martin; that the tourists coming on the ships now have the confidence that you are getting good products and you are getting good prices [in the BVI]. And so we should see the spin off business coming from that in the overall economy,” added Walwyn, who is also former chairman of the BVI Tourist Board.

Adding his voice to the debate on the Tourist Duty Free Shopping System Bill 2015, government backbencher Marlon Penn indicated that the BVI is not the only one watching its neighbours in relation to cruise tourism.

He stated that, based on what he has been told by a former schoolmate who owns jewellery stores in St Martin, that country is also watching the BVI closely.

Referencing what he was told by the schoolmate, Penn told the House of Assembly, “He said there is a buzz in St Martin about the BVI; he said everybody wants to know what’s happening in the BVI because every passenger that comes there speaks about the BVI and what’s happening in terms of the cruise industry. So, we are noticed; people are paying attention to what we are doing.”

While describing the BVI as a true player in the game nowadays, Penn noted the need for improvements. “We need to look at the next level – all the other ancillary opportunities like the heritage tourism. We have to develop our heritage tourism infrastructure for this territory,” said the second-term lawmaker.

Minister of Health and Social Development Ronnie Skelton, in his contribution to the debate, noted that only four of the whopping 54 businesses approved so far to operate at the expanded pier in Road Town are internationally owned.

That, according to him, means that locals particularly stand to benefit tremendously from the incoming duty-free legislation. He said they will be able to price their goods competitively within the proposed duty-free zone which – for now – will only encompass the cruise pier development.

Local vendors may even end up with better prices if they managed to source their goods from the same manufacturers as their counterparts in places like the USVI and St Martin, added Skelton.

“I understand that 99 percent of the vendors out there will be our local entrepreneurs who are already doing business in this country. So, here is another opportunity for them to expand their level of sales. We only have customs duty; we don’t have sale tax. So, we don’t have to worry about some of the other complications…”