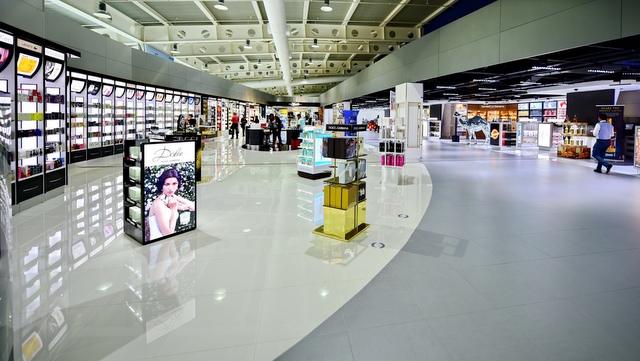 SIMPSON BAY, St. Maarten (Saturday, June 13, 2015)—Outbound passengers using the Princess Juliana International Airport, SXM, would have noticed a significant change to the Departure Lounge, which has received a transformative face-lift as part of the airport’s new retail strategy.

The new Departure Lounge will be officially opened on Wednesday, June 17, at a ceremony that will begin 7:30 PM. His Excellency Governor Eugene Holiday and Honorable Prime Minister Marcel Gumbs are among the invited guests to the opening ceremony of the remodeled SXM Departure Lounge. All of the members of the Council of Ministers and of Parliament, as well as government leaders from all the hub partners are invited guests.

The renovated Departure Lounge forms an integral part of SXM Airport’s Capital Improvement Program. The aim was to give the airport a new, more attractive sense of place that would lure passengers to spend more at the concessionaires.

“This is a very important moment for us as we are finally able to launch what began as our new retail strategy aimed at increasing the airport’s non-aeronautical revenues in accordance with the best practices all over the world,” said Regina LaBega, SXM Airport’s managing director.

“We have already been receiving congratulatory messages from passengers that have been using the departure area, with some stating that they were not only impressed but felt proud of their airport becoming a beautiful international gateway,” LaBega added.

The opening ceremony will feature music, and dance performances as well as video presentations. It will end with a reception.