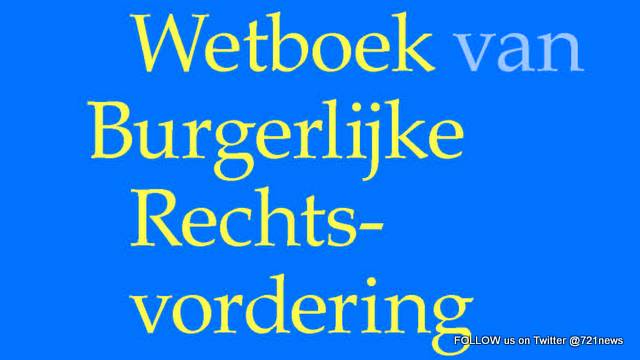 Philipsburg, Sint Maarten — The Public Prosecutor (OM) can ask the Common Court of Justice, in the public interest, to execute a civil investigation, an inquiry to companies when there is suspect of mismanagement. The prosecution wants the make use more often of these powers offered by the Civil Codes of Curaçao and Sint Maarten.

It can initially be given to investigations into government companies, but also other legal entities may be subject to such an investigation. Mismanagement in particular at large companies can cause major social costs. A survey may serve to create openness in situations where mismanagement is suspected.

Those responsible can be identified. Where necessary, the Judge can take the right measures. The prosecution expects that the structural performance of the survey competence can create a preventive effect. Mismanagement does not have to go hand in hand with crime, but it can.

If the OM encounters in the context of a survey on suspicions of criminal offenses, then obviously it can have consequences. Prior to the submission of an inquiry request the Public Prosecutor makes his objections to the policies or affairs of the corporation known.

That might be after a preliminary investigation, possibly with the help of experts, which the Public Prosecutor questions about the policy and the course of events to notify the legal entity. The prosecution confronts the legal entity and lets this legal entity take the appropriate action.

If the legal entity does not take the necessary actions, then the OM can request for an inquiry. The prosecution has once previously filed a request in Curaçao. That led in 2013 to a study of three Curaçao governmental companies. That investigation is ongoing.