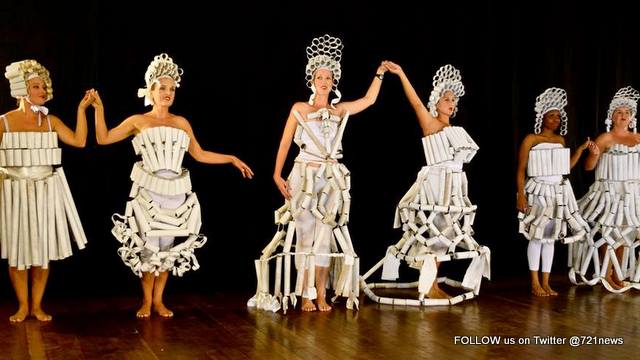 Philipsburg, Sint Maarten – “You guys did it again!” exclaimed some parents after they saw their children perform in the annual end of year presentations of the National Institute of Arts.

On Friday June 12th and Saturday June 13th, the National Institute of Arts (NIA) held their end of year presentations at the John Larmonie Center. Celebrating the ending of their year, one hundred eighty (180) students performed five shows in two days.

This year, the presentations were entitled “Informances”, which is the combination of the words information and performance. NIA used this formula as a platform to inform parents about the process of their children’s journey in the arts. Throughout the end of year “Informance”, parents were brought up to date with innovations in art education and the benefits to their children. 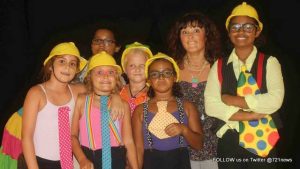 Many students engage in multiple classes, while others still in the embryonic phase attend a minimal of 1 hour per week. During the five shows, NIA’s students were able to share their progress with their audience.

This year again, NIA was confronted by the reality of creating Art on St. Maarten without a designated performance Arts space. NIA’s staff has done a great job of camouflaging the short comings and challenges they face yearly in putting on productions in the L.B. Scott Sports Auditorium, Philipsburg Cultural & Community Center, Maho Casino Royal and Westin Ballroom.

For the last 2 years NIA’s creative team have modified, transformed and used creative means and countless dollars to make even the John Larmonie Center transform into a performance space. Despite that or in spite of all that, the NIA staff perseveres. At NIA our motto is “We believe in the talents of our students and are committed to seeing them realized”

Also new this year to the schedule at NIA was tap dance reintroduced to St. Maarten by tap dancer, Frances Nielah Bradley. The highlights of the evening were the theatrical performances presented by drama teachers Albina Matuzko and Loes Nauta. With this performance, NIA closes off their calendar year of 2014 to 2015.