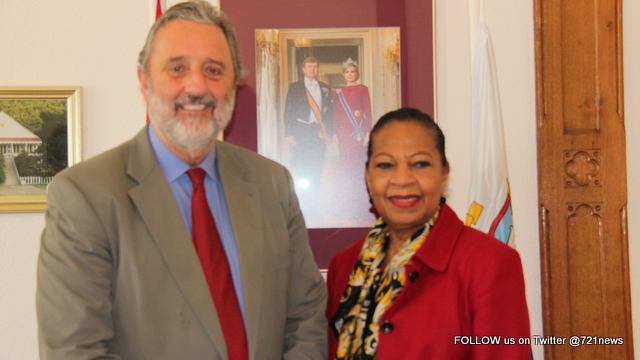 Ambassador Shruwer visited the Sint Maarten House in order to introduce himself to the minister.

“It was a pleasure to meet the Ambassador who will be taking up his official appointment in Washington.  We discussed a number of things and I wished him all the best with respect to his tenure in the U.S.,” Minister Plenipotentiary Hon. Josianne Fleming-Artsen said on Monday.

Ambassador Shruwer was Deputy Ambassador in Washington prior to his present appointment.  Shuwer has a background in law and politics.

Since 1997 he worked as Head of Political Affairs of the Kingdom Embassy of the Netherlands in Washington. He also worked in Brussels, Belguim at the European Union.

In 2010, Shruwer was appointed Ambassador Plenipotentiary of the Kingdom of the Netherlands in Brussels.