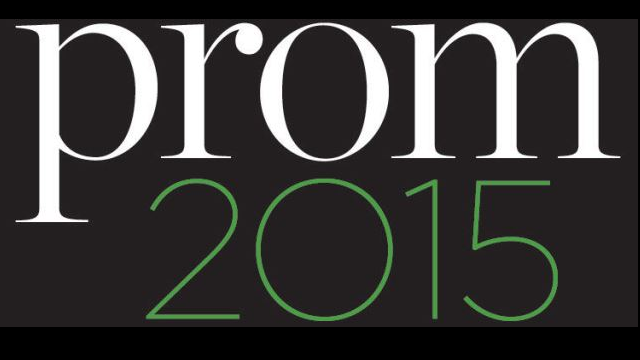 PHILIPSBURG, Sint Maarten — 721 news has obtained a letter from a concern parent, requesting youth organization teen times to not encourage youngsters to go to Tantra night club for their prom after party on June 28th. The letter states as follows;

Here is my issue; I am a proud mother of a 16 year old girl who will be graduating this year. That’s not the issue, that’s a blessing. I am therefore preparing her to go to prom for the very first time. I am excited because I think prom is a good initiative to signal the beginning of graduating and moving on to the next chapter in someone’s life. Back to my daughter, I know that the event is at Westin Resort as previous years and I am ecstatic. I bought her dress off island and plan to make her up myself and prepare her for what is supposed to be a classy, well put together event. So I thought, my daughter asked me permission to go to the after party to prom. I asked her to explain and give details, allowing me to make preparations for this last minute request.

She uttered the words “is at Tantra mommy, all my friends going”, with a grain of salt; I looked at my daughter and asked if she is out of her mind. I wanted to know if I heard her correctly, seemed to me that my 16 year old girl wanted to go to Tantra night club for her prom after party. Here is my issue, I am sure that Tantra night club means well but what is on the minds of the organizers to have an after party at an adult night club for teenagers.

What excuse do you have? Let’s pretend for a second that the organizers have good intentions in mind. Mind you, I said pretend, my child will be allowed in Tantra and the club will serve water to the hundreds of kids, yes kids at the wee- hours of the night. Let me paint a picture, couple of months ago Teen times, the organizers of prom, called for the legal alcohol drinking age to go from 16 to 18. This took place in our new penal code as of June 1. Now, they announced Prom after party at Tantra Night club. I don’t get it, am I missing something. Teen Times is being anchored and headed by a responsible man, I would think Mr. Michael Granger, I appreciate the organization for organizing prom but I think this is a step back. Stick to your words, you cannot on one side say, “raise the legal age of drinking alcohol and on the other side, young people after party will be at Tantra. It just makes no sense to me.

As a concerned parent, I hope I am not overreacting by saying my daughter will not be attending the after party. I would like her to go to clubs when she is the age of 18, like it should be.  My issue is, Adult night club being used for a party for our teens and what will be served to them?

I am not a complainer, so here are my thoughts, get a nice big location like the Bellaire Community center or any hall and do the after party for them there if you must have one. I never could understand a party and another party right after anyway. Serve the teen’s water, juice or soda. Please consider my request.

I might seem harsh but as parents, we need to look after our own. It looks like the mighty dollar sometimes gets the best of us.

To the police, I do hope you will check out this after party, please be there to guide our young people, and they are all we have. Shame on Tanra Night club for even allowing for such an event.  Parents please pay attention to your kids. I will pay attention to mine! God bless St. Maarten

I do not want my child ridiculed in school by her peers hence I request for my name to be withheld, Thank you

Internet News Website SMN-News placed the letter on their site and contacted the organizers and club for comment. This is what they reported

There will be just ONE Prom After Party sanctioned by Teen Times and that will be at Tantra. Any other announcement is either fake or does not have our blessing. Prom Night 2015 – Sunday, June 28 – Westin Resort!

It should be noted here that Rolando Brison is a former employee that worked for Michael Granger, he is also the marketing manager for the St. Maarten Carnival Development Foundation (SCDF) where Granger is the President.

SMN News contacted the Head of the Simpson Bay police divsion Carlyl Rogers to see if TANTRA Night Club requested assistace from the police for the night of June 28th to screen students that will attending the after party. Rogers said that no request was submitted to him and he is not aware if such request was made directly to the Acting Chief Commissioner of Police Carl John. Rogers made clear that night clubs have to abide by the law and that clubs are not allowed to entertain underage students.SMN News also contacted Police Spokesman Ricardo Henson to verify if any request for assistance was submitted to KPSM by TANTRA. Henson said that so far nothing of that sort was done and he will have the CPO for that area look into the matter.

721 news Editor’s note:  We of 721news also would like to join the Concerned Parent by requesting the Hon. Minister of Youth and Education Mrs Rita Bourne – Gumbs also to pay special attention to this case,  !!!