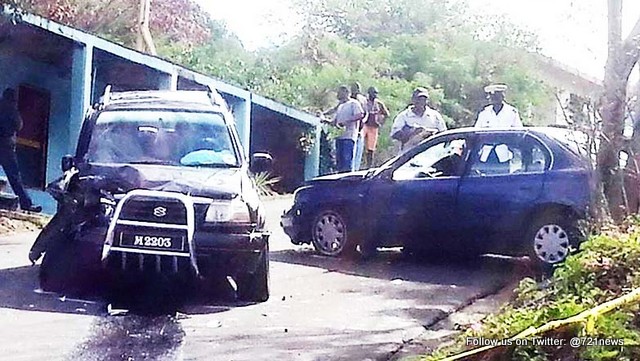 MONTSERRAT — On the morning of April 4 this year an accident between two vehicles traveling in opposite direction resulted in the fatality of one of the drivers being Neville Warner formerly of Davy Hill, the other being Deputy Fire Chief Astrid Wade, because of whom Commissioner Foster says, “It is more critical because we are under scrutiny…”

As of May 29, last week, at the RMPS second press conference for the year, the Commissioner said, while at that time, the police is delaying providing details of the accident as the RMPS had not yet made a determination on whether or not anyone will be charged in relations to the fatality. 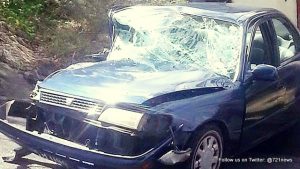 The Cop says the organization will need to complete some other actions before making a decision.

He explains that as part of the investigations an Accident Re-constructionist was brought in from Barbados to conduct an independent inquiry after his investigation which involved reconstructing and analyzing the scene.

Roger Meyers submitted his report to the RMPS detailing findings and recommendations, but Foster did not disclose the findings or recommendations of the report emphasizing that other steps must be completed before any final decision could be made.

The Commissioner said: “A copy will be sent to the coroner (who) may make a decision in relation to a coroner’s inquest as one of the options available to us. Also we would have to seek legal advice from the office of the D.P.P. as he is responsible for all cases going before the court. He makes those decisions whether or not there is enough evidence to bring a charge against someone before we could finalize of those.”

The Commissioner added that while he cannot say exactly when a Coroner’s inquest will be held, “I believe that in relation to the Office of the D.P.P. which we work very closely with – the advice would be given in a timely manner.”

“It is more critical because we are under scrutiny if the accident involves one of our staff,” he said. “We do not influence them where they are free to make whatever assessment they want based on the information before them.”