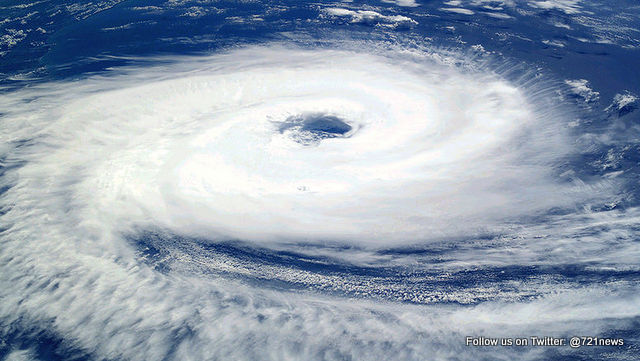 GREAT BAY, Sint Maarten (DCOMM) – National Disaster Coordinator/Fire Chief Clive Richardson and the Office of Disaster Management (ODM), is calling on the Sint Maarten community to be prepared for the Atlantic hurricane season which commenced on June 1st.

“We are reminding the Sint Maarten public to make the necessary preparations.  Advance planning by making sure hurricane shutters and windows close properly; checking your roof etc., means that you have less to do when the hurricane is knocking at our door.

“Trim trees around your property, and get rid of un-necessary loose items in and around your yard that could become a hazard to your own home and that of your neighbors.

“At the same time, I take this opportunity to commend those who have already taken measures to be prepared in the event of a hurricane strike.  Neighbors assisting neighbors, and family members doing the same by going the extra mile, is always helpful and further ensures that we are a prepared nation for such an eventuality.

“We can all recall Hurricane Gonzalo and the damage that it caused in certain neighborhoods with loose roofing material etc flying around.  Gonzalo strengthened rapidly catching many off guard.  Always be prepared for a much stronger storm system because it’s better to be safe than sorry.

“Therefore, it is very important that you examine your roof and make the necessary adjustments and carry out other preparations as recommended here and where required instead of waiting for the last minute to run around and do things when time is not on your side.

“A quiet hurricane season doesn’t mean that you do not have the possibility of being Avoid the aforementioned by utilizing the time now to make sure you are prepared and ready,” Disaster Coordinator/Fire Chief Clive Richardson said on Tuesday.

The first tropical storm of the season, Ana, formed during the latter half of the month of May.

Colorado State University (CSU) hurricane team Philip Klotzbach and William Gray have forecasted in their June report for a well-below average season. An El Nino is to influence the hurricane season this year according to forecasters.

Persons living along coastal areas as well as those in flood prone areas should start looking at what measures they would take in the event of a hurricane strike which could cause flood challenges leaving them inundated.

Mariners who are seeking shelter in the Simpson Bay Lagoon or Oyster Pond should also make plans to stay with friends or at a hotel until the storm has passed.  Remaining onboard a vessel comes with risks.