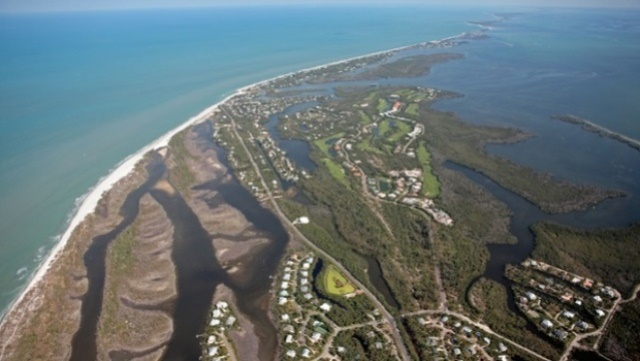 Two Britons accused over the death of an American tourist in the Florida Keys in 2011 face extradition to the United States after they were arrested on the Caribbean island of St Maarten.

Christopher Jones and Alison Gracey have been charged with involuntary manslaughter over the death of Aimee Rhoads, who drowned when their diving boat capsized.

Jones and Gracey were the operators of Key Largo Scuba Shack, running diving trips from the “Get Wet” commercial dive charter boat. Rhoads, from Washington state, was visiting Florida on a scuba-diving holiday.

An indictment, unsealed by the office of the US attorney in Florida on Tuesday, said: “The alleged unlawful and careless manner in which the defendants operated the boat caused the death of an individual scuba diver.

“Additionally, the indictment alleges that the defendants knowingly and willingly made a false statement to the US Coast Guard National Vessel Documentation Center about the boat’s ownership.”

If convicted, the US attorney’s office said, Jones faces a maximum prison sentence of 10 years, and Gracey a maximum of eight years.

According to media reports, the boat began to take on water shortly after leaving Molasses reef, off Key Largo. Rhoads and others on the boat were trapped in a cabin.

Another diver, Amit Rampurkarl, was critically injured but recovered in hospital. Four other tourists, along with the captain and a crew member, survived.

Local reports at the time said the boat sank in “about two minutes”.

Jones and Gracey, who were in the Bahamas at the time of Rhoads’ death, were arrested on 5 June on St Maarten, a Dutch Caribbean island.

Rhoads’s widower, Pat Rhoads, who publishes a blog dedicated to his wife, said he had not expected this development.

“I never expected this day to come,” he wrote. “As British citizens who were outside the US at the time of the incident, and who were in a member of the British Commonwealth [Bahamas], there was little to no chance of them being arrested or extradited.

“I had accepted this reality, and decided that I needed to move on with my life with the likelihood that we would never see justice done to these people.”

PHILIPSBURG–The British couple suspected of involuntary manslaughter in the United States (US) who were arrested in St. Maarten last week Friday were released on Tuesday, June 09, 2015 afternoon.

Attorney-at-law Remco Stomp, who represents the couple, said they had been working as charter crew for the last 10 years, with the man being captain and his partner as crew. He said this was why they had visited so many destinations.

“In short, the Bonnie-and-Clyde picture the US authorities have painted of my clients simply holds no water,” Stomp said. He requested their immediate release and offered bail. The Judge granted the request, Stomp said.

The US Justice Department had formally requested the arrest and deportation of the couple to Miami, Florida, in the US. The US authorities said the couple had been on the run from the Justice Department, citing the many countries and islands they had visited during the last couple of years.

Interpol St. Maarten, as part of the St. Maarten Police Force, in cooperation with the St. Maarten office of Attorney-General Taco Stein, arrested the two in the Cole Bay area. They are accused of involuntary manslaughter and giving false official statements, committed in the period of 2011-2012.

Police spokesperson Chief Inspector Ricardo Henson said in a police press release on Sunday that the 50-year-old man C.J. and a 47-year-old woman A.G. had been living and working in Dutch St. Maarten since the start of this year.

“Apparently after the fact, both suspects left the USA and could not be traced by US officials. As a result of this, two red notices (international arrest warrants) were issued by Interpol Washington,” the release stated.

Interpol has 190 member countries. These member countries actively assist each other in global crime fighting. The red notice is one of the tools used by Interpol to track down, locate and arrest fugitives in criminal cases.