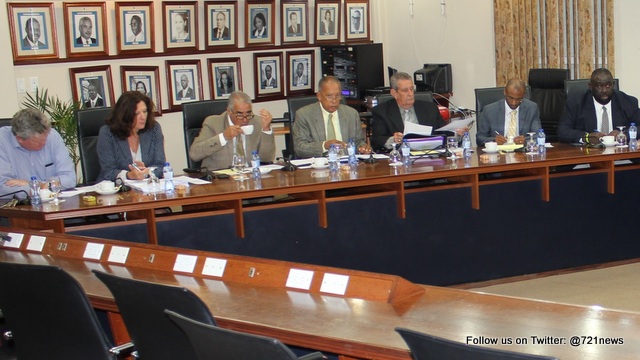 GREAT BAY, Sint Maarten (DCOMM) – On Thursday, May 28, 2015, the annual Shareholders meeting took place between the Council of Ministers and the Supervisory Board of Directors of the Princess Juliana International Airport Holding Company N.V. (PJIAH).

PHOTO: On the left are representatives of the PJIAH Board of Supervisory Directors, and on the right members of the Council of Ministers, in the Dr. A. C. Wathey Legislative Hall at the Government Administration Building. (DCOMM)