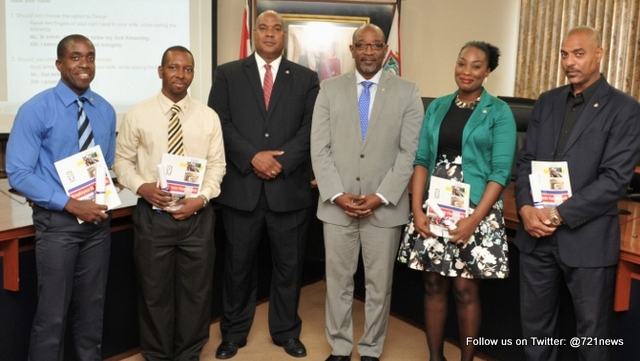 The oath-taking complies with the regulation that all civil servants must take the oath in order to receive their National Decree and be appointed as a civil servant of the national government administration body.

Oath-taking is also an integral part of the integrity system of the Government of Sint Maarten.  The civil servants were read their oath in both English and Dutch, and thereafter they made their pledge and Minister Connor pinned them with the national Coat of Arms of the country.  Thereafter they were provided with the Employee Handbook which contains their rights, responsibilities and obligations.

“I am very proud to have had the opportunity once again to oversee the oath-taking of our hardworking professional men and women who have decided to pursue a career in public service to serve the people of this country.

“Civil servants play an essential role in the functioning of Government and society overall.  I take this opportunity to once again congratulate them and wish them much strength and wisdom as they continue to serve the people of Sint Maarten,” Minister Hon. Claret Connor said on Wednesday.