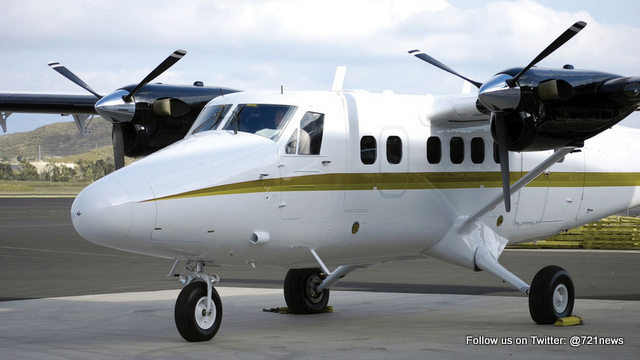 BRADES – Government officials with the assistance of the Attorney General’s Chambers are evaluating an offer to introduce a new air service to Montserrat within the year.

According to Acting Access Coordinator David Duberry, his department is considering the proposal from Caribbean Helicopters, the lead company on a new partnership with LIAT to service the smaller islands in the network, including Montserrat.

The AGs office is looking at how the current relationship with FlyMontserrat could be affected by a new deal.

Chairman and Founder of FlyMontserrat, Captain Nigel Harris, said Friday they have not received official word of the introduction of a new airline, adding “we would be more than happy to engage in discussion on the continued value and importance of reliable locally based FlyMontserrat to our island.”

FlyMontserrat is owned by the GoM and other local shareholders.

According to Duberry, the new offer will see 19-seat Twin Otter service between Montserrat and other islands such as Guadeloupe, Nevis and St. Maarten. The goal is to connect the smaller islands which are no longer on the LIAT route. He added that it would be good  to see Montserrat return as a primary hop between the destinations.

Caribbean Helicopters intends to begin the new service in the North Eastern Caribbean by July with Islander service, while awaiting the arrival of the first Twin Otter by September.

Increased air access has been a call from both the government and private sector to improve Montserrat’s economic position. Having larger aircraft coming to the island, Duberry believes will benefit the island and increase traveler confidence.