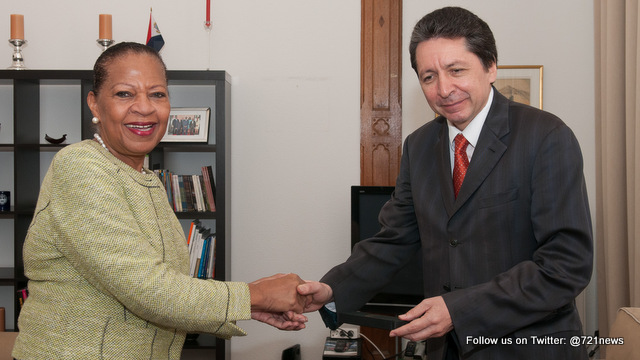 The Ambassador speaks fluid French after having lived and studied in Paris and in Bordeaux, France, and the discussion took place in French since the Minister speaks fluent French.

Minister Fleming-Artsen and Ambassador Herrera discussed their countries with respect to current state of affairs.