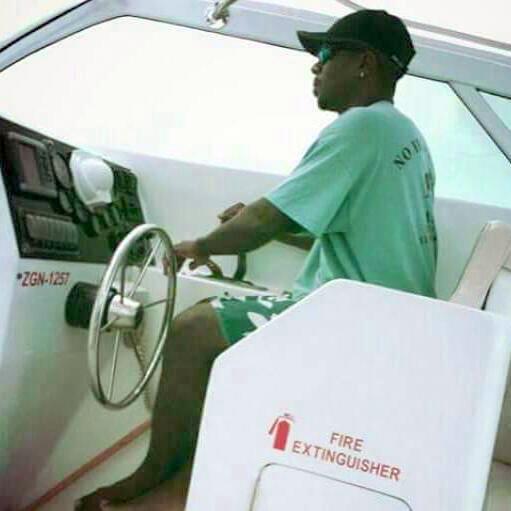 The Valley, Anguilla (RAPF Release): On Friday 17th April, 2015 at 11:25 pm police responded to a report of a robbery with injuries at South Hill in the area of A Burger. On arrival at the scene police met an unresponsive male and a female with injuries.

Forensic evidence at the scene suggests that a firearm was used to inflict injury to both persons. It was later confirmed that the male, 38 year old Leroy Richardson of West End succumbed to his injury.  The female was transported to the Princess Alexandra Hospital.

Investigations thus far have revealed that the victims were pounced upon by an unknown assailant who shot both victims before exiting the premises.

The Police are appealing to members of the public who have any information or may have witnessed any suspicious or unusual activity in South Hill in the vicinity of A Burger around the time of the incident to contact the Valley Police Station with such information.  Telephone 497-2333 and ask for the Criminal Investigation Department or to speak to any Police Officer of  choice.

Additionally information can be sent via the RAPF Tips Website by logging on to www.gov.ai/911 or email AXA911@yahoo.com which are both secure websites.

The Commissioner of Police and members of the Royal Anguilla Police Force would like extend sympathy to the grieved family and friend of Mr. Richardson and wish her s speedy recovery.