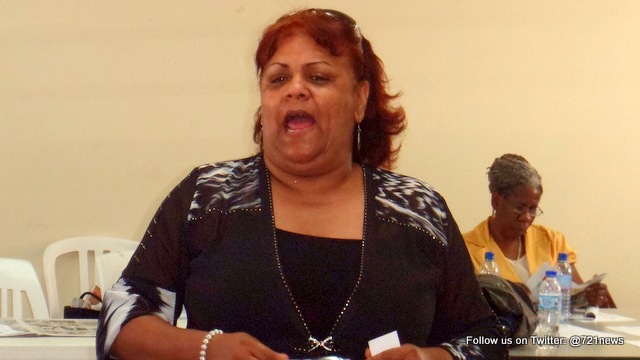 PHILIPSBURG, Sint Maarten -Board met with minister of education Rita Bourne Gumbs on Friday at the government administration building. The meeting was called to discuss the recent attack on a teacher by a primary student in Belvedere, previous assaults against teachers were also discussed.

The WITU after consulting with its members of all public schools, gave a clear mandate to the board to ensure the safety of all educators. President Claire Elshot told 721 news the meeting was satisfactory and the union is looking Forward to get action from the education minister.
During the meeting the possible revising of the current discipline policy and execution of such was tabled by the union. The minister was open to hear grievances from teachers directly which caused the need for a follow up meeting on April 8 with the minister and all public School teacher. Elshot remains optimistic about the meeting and called on government to keep educators safe.
Source: Andrew Dick/SXM News Room