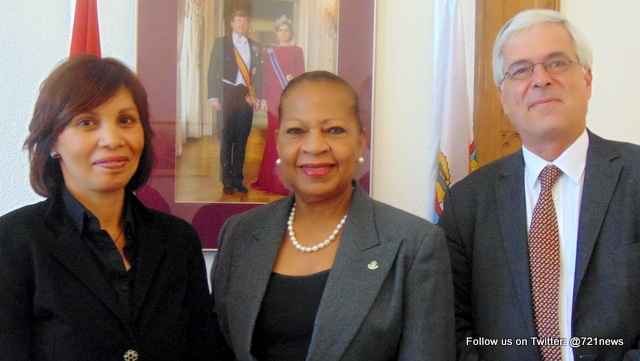 Minister Fleming-Artsen described the meeting as fruitful and informative in connection with the current status of committees that exist in the Second Chamber.  De Lange also highlighted certain aspects of the Dutch First Chamber of Parliament.

The Minister and De Lange also discussed the upcoming Inter-Parliamentary Consultation (IPKO) that is scheduled for May 27-29 in The Hague, the Netherlands.

A delegation from the Parliament of Sint Maarten will travel to the Netherlands for the IPKO consultation.