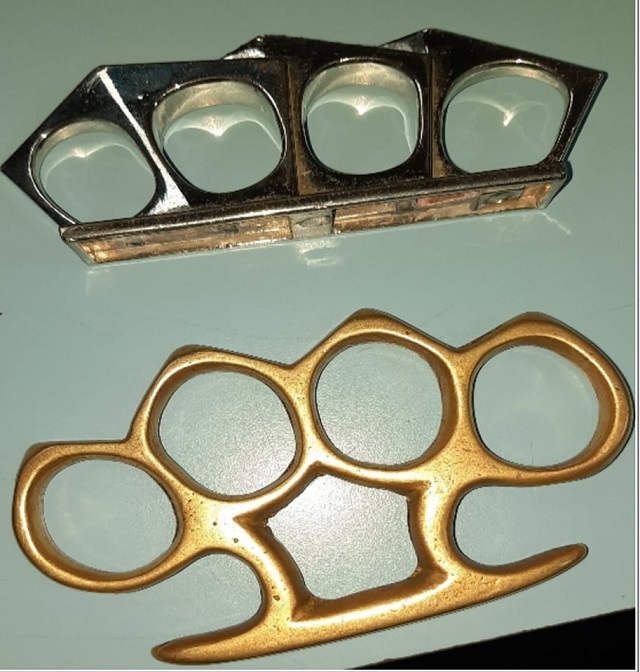 PHILIPSBURG, Sint Maarten — Urgent plea goes out to parents of teenagers to pay attention to what their minor children may have in their possession while on the way to school. On August 19, 2022, around 7:50 a.m., police received a report that a teenage boy was allegedly in possession of a set of Brass Knuckles in the of a vicinity of a high school in Philipsburg.

During a control was later revealed that the teenager was in possession of 2 sets of brass knuckles. He was immediately arrested and brought to the police station and later handed over to the personnel of the juvenile division.

Parents of teenagers are requested to be aware that they too can be held legally responsible for the actions of their minor children.