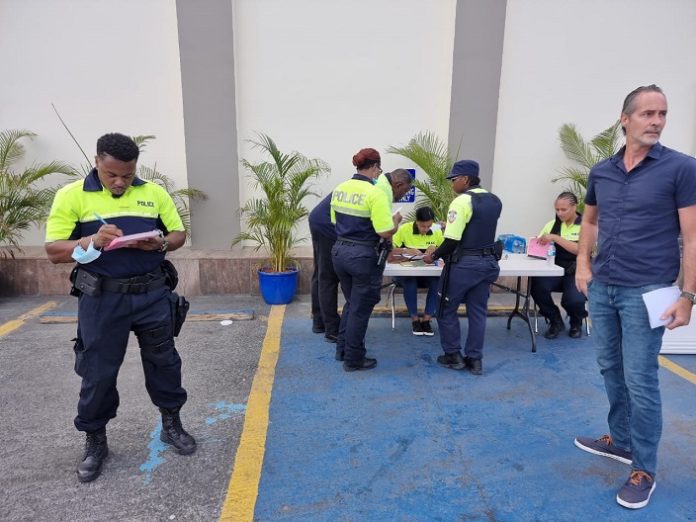 PHILIPSBURG, Sint Maarten (KPSM) –– Police have launched controls related to unpaid road tax on Welfare Road and Union Road on Saturday, April 9, 2022. It was announced by the Receiver Office of Sint Maarten in the press that the road tax controls would commence and actions will be taken against motorists who haven’t had paid road tax.

In Saturday’s control, a total of 204 fines were issued for various infractions. Forty-six vehicles were towed for the non-payment of road tax. In addition, there were 18 outstanding fines collected in a sum  of US $643 and NAf 527.

During the course of the traffic control, a number of situations were discovered, including:
• Several drivers had not mounted the license plate at the front of the vehicle and instead placed it inside the car by the windshield. Motorists are reminded that legislation clearly states that the license plate must be mounted at the front of the vehicle and failure to comply with these criteria can also result in a fine.

• Several motorists were pulled over and found to have paid the road tax but failed to collect their license plate. It is the responsibility of each driver to have their plates collected and attached to their vehicle.

Controls will be continue over the course of the following days. Drivers are urged to have their vehicle documentation in good order to avoid any misunderstandings.