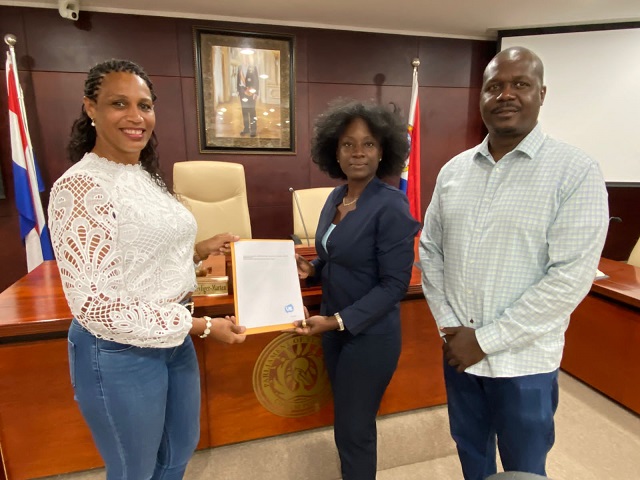 St. Maarten falls under the jurisdiction of the United Nations Protection of Children Laws and needs to update their laws in order to ensure compliance. The proposed amendments by the USP focus specifically on articles SR 242, SR 243, SR 245, and SR247 with the objective of better serving victims of child sex abuse.

As a country we need to take a serious look at all our laws that are outdated and adjust them according to present day realities, said Mrs. Gordon Carty.
She further stated, “Situations continue to go unresolved because of an unbalanced justice system.” Our child sex abuse laws are inadequate in addressing punishment and also limits the scope of investigations.

Mrs. Gordon Carty further stated, “The lack of specifics being outlined in the present law is the loop hole that defense lawyers use to proclaim the innocence of their clients.” She has taken the initiative through her team and reached out to Curacao officials to gather information on how the last few child sex abuse court verdicts could have yielded a different verdict. “Though such atrocities committed against innocence could never yield a satisfactory end result,” as a country we must reinforce the laws to the point where even the thought of committing such an act becomes a nightmare for potential perpetrators, said Mrs. Gordon Carty.

The USP has a few more laws that it intends to submit to parliament which are geared towards the betterment of country St. Maarten, especially when it comes to the safety and security of children. Youth education enhancement, young adults in business, protection of our labour market, improving business climate, better living conditions for the elderly, and an overall improved and balanced legal system, that will lead to a better living and business environment for all.

MP Grisha Heyliger-Marten was asked to be the initiator of the child sex abuse law and with that submission the party has officially started their “Break the Cycle” campaign. Mrs. Gordon Carty will be making appearances on different media outlets to bring awareness of child sex abuse and to elaborate further on the amendments to the law submitted to parliament by her party.