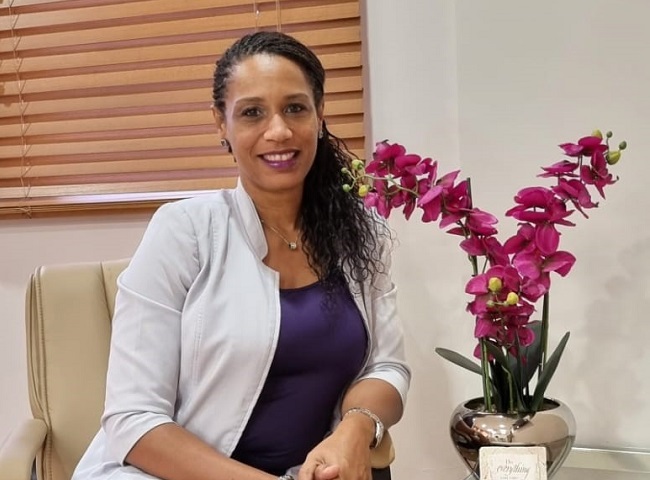 PHILIPSBURG — “It is unceremonious and unacceptable that Michel Hyman’s 28-years of service to the Airport and Country was erased in only three days without proper investigation,” stated an utterly displeased Member of Parliament, the Honorable Grisha Heyliger-Marten, in a press release issued Sunday.

She has dispatched a letter to Prime Minister Silveria Jacobs and Minister of Tourism, Economic Affairs, Transport and Telecommunications (TEATT) Roger Lawrence requesting them to attend a Public Meeting of Parliament on March 28 at 2:00 PM at which point she expects answers for the questions that the people of St. Maarten continue to ask regarding the Airport. “It is the people’s airport and they have a right to know the truth of what’s taking place.”

She is also questioning the rationale for the Airport’s Supervisory Board of Directors and the Board of the Airport’s Holding acting as “Judge and Jury” in the case of Hyman. He has not been charged with an offence or convicted. The suspension with pay was pending investigation but there has been nothing since his detention. “It appears that there is more in the mortar besides the pestle. What is wrong with Hyman giving information to the owner of the company for which he works? Does the Supervisory Board have something to hide?”

MP Heyliger-Marten has been requesting a Parliamentary Inquiry since January to find the underlying cause of several allegations made regarding the management of PJIA. She expects that within the coming days both PM Jacobs and Minister Lawrence will gather their information and provide clarity to parliament.

MP Heyliger was reacting to the decision taken by Keith Franca less than one week after being appointed Managing Director of the Princess Juliana International Airport Holding Company N.V. (PJIAH by the Government of St. Maarten as the Sole Shareholder of the Airport.

On March 14, 2022, incoming Managing Director for PJIAH Franca dismissed the Airports Chief Operations Officer (COO) Hyman “for urgent reasons with immediate effect.” Hyman was reportedly given an official letter informing him of the urgent decision on March 17 2022. The allegations against Hyman concern a dossier sent to the ultimate Shareholder of PJIA, the Government and Parliament of St. Maarten, outlining what Hyman, at the time COO, felt were significant concerns regarding the handling of PJIA that needed to be addressed.

While it appears from all accounts Hyman had gone through the proper channels when he filed his report over two years ago, Franca followed the recommendation of the Supervisory Board of Directors for PJIAE and dismissed Hyman. The Supervisory board is alleged to have had long-standing concerns over Hyman’s nine-day hiatus in 2021 during his brief detention by police. According to the board, they received no word about why Hyman was not showing up for work.

MP Heyliger-Marten also feels that the 28-years of service Hyman gave to the Airport deserved at the very least the time for the new Managing Director to investigate the matter, speak to all parties, including the accused and correctly mediate the situation.
“I would also like to know, what if any, was the role of the shareholder TEATT Minister Roger Lawrence’s involvement or knowledge of this action carried out in this manner.”
Heyliger-Marten said PJIAE and PHIAH are both 100 per cent Government Owned.

She said it was not as though Hyman took internal documents and gave them to the Press. She also questioned the Managing Director’s claim of urgency to dismiss Hyman since Hyman gave the dossier to the Council of Ministers nearly two years ago. No one at the time responded to Hyman’s dossier until the new Managing Director took office. “It cannot be so that after working twenty-eight years, you are just told in one meeting that you have to give up everything because you did your duty and reported concerns to the Shareholder which is part of your responsibility.

Heyliger-Marten alluded to a section of the Corporate Governance code that makes the Managing Board accountable to the Shareholder for transparency. It states, “When applying transparency and integrity, it is important to prevent a conflict of interest between the various entities of the governance structure. In this framework, it is primarily the Managing Board and the Supervisory Board responsible for the management of the corporation respectively for conducting the supervision on the management. The Managing Board and the Supervisory Board shall be accountable for this towards the shareholders.” The Corporate Governance

Heyliger-Marten said if it is correct that Hyman took his concerns first to then PJIAH Managing Director Dexter Doncher and got permission to forward the same issues to the company’s Shareholders, then Hyman acted with integrity in the interest of the Airport.
“The Airport is the gateway to our Tourism Economy, and we have had too many challenges and false starts where its recovery is concerned. Five years plus, and we are still dragging our feet with the recovery, and these poor decisions hinder our progress further.

“As a Member of Parliament, I expect clear action that protects the interest of our citizens whose sweat and sometimes even tears have contributed to PJIA being the envy of the Caribbean for many years. Hyman’s dismissal goes against every principle of good sound management, and I intend to get clarity on what happened at the Airport starting with the appointment of the new Managing Director and the decision to dismiss Hyman.”