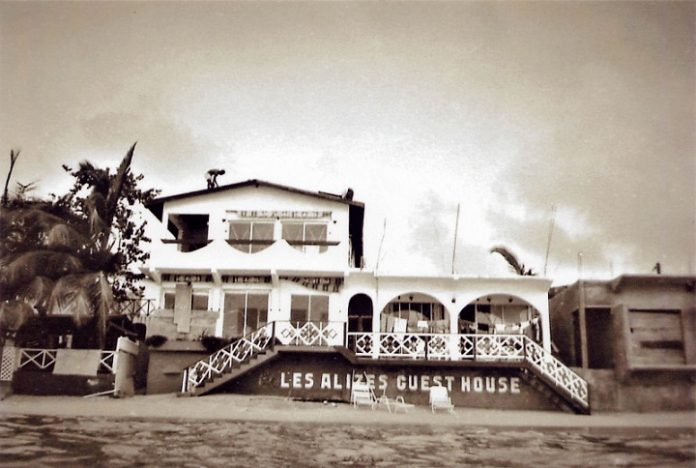 Grand Case, St. Martin—November 23rd marked the 36th anniversary of the very first guests staying at a Grand Case classic, the Les Alizés guesthouse. To mark the occasion, the builder and manager of the hotel, Pastor Eugene Hodge, shared some sweet memories and his vision of the future.

Pastor Hodge has fond memories of his guests, “Now that we celebrate in our 36 years anniversary, we just want to thank our supporters over the years that have been there for us. We had up to 25 and 30 years of repeated guests, and families that were here 30 years nonstop every year.”

One innovation made by Pastor Hodge was a Manager’s Walk he would take with guests as a healthy alternative to happy hour, “I don’t give them manager cocktail because I going to give them Coca-Cola. So instead, I give them a manager’s walk. Therefore, we go all of these different areas. We’ll walk and whoever walked there first, we named it after them. What was exciting was one would come down for instance from New York and he would say, “I want you to do the same thing you do for Marshall.” So we would do Marshall’s walk.”

Over time, the hotel received formal recognition, too, “One of the best things that could have happened was when four years ago, January 2017, when the French Saint Martin Tourist Office give us the lifetime award, the guesthouse Les Alizés. That was an exciting moment. We also got memories from Discover Magazine, when we were featured in front page.”

Another reason for celebration on this anniversary is the transition of the management hotel to sons Mikey and Johnny and grandson Angelo. It is a plan that has been in the works since they were kids. According to Pastor Hodge, “Actually, when they were here schooling I would have them always involved. We have stuff by the road to bring down. You’ve got to help bring it down after school in the afternoon. Sunday’s, Saturday’s you have to be here working.”

The plan to pass on the hotel got even more serious about twenty years ago when Pastor Hodge chose to put the business in his children’s names, “Since 1998, the 19th of September, I had Les Alizés removed out of my name and gone into the children name. It was a long view range plan but it was just a matter of when they would be willing to accept it you know. I remember when the lawyer said to me, he said, “Now, they can fire you but you can’t fire them.” I say okay. That was it. I was so blessed. I lived 23 years with it and they still didn’t fire me that I leaving. You see, I’m a good worker!”

The next generation is preparing to reopen Les Alizés after putting the finishing touches on post-Irma repairs and improvements. Hopefully the new team is ready to guide Les Alizés through another 36 years. Meanwhile, Pastor Hodge will still be here, focusing on his ministry and developing a community center at his church.