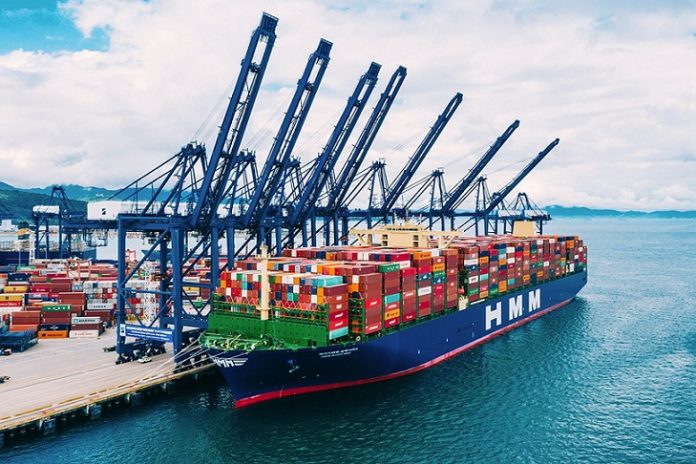 The economy picks up and starts again too well. Demand exceeds supply for ocean freight. As a result, the price of the container has increased enormously in one year, raising fears of price increases on many products, overseas and in France.

Since the beginning of September, the state has been monitoring price increases in Reunion Island due to the explosion in container costs and has offered to block them if necessary. E. Leclerc has since the end of August, blocked the overall price of products of the quality-price shield (everyday consumer products sold at a moderate price) on the island. According to the Chamber of Trades and Crafts (CMA) of Reunion, the cost of sea freight from Asia has been multiplied by 3 or even 4.

A metal box that has never cost so much

On LCI on Monday, October 11, Michel-Edouard Leclerc, worried about this significant rise in prices, requested a parliamentary fact-finding mission into the rise in maritime transport costs. “I want to know what these increases of 85% are based on.”

We are offered crazy prices. A container that cost 3,000 euros has gone down to 17,000 euros. Besides the disruption effect, there is a huge inflationary effect which is incomprehensible. —

Questions that arise while the French leader in sea freight, CMA CGM has multiplied its net profit by 25 over one year, to 3.48 billion dollars.

The price that the President of the Strategic Committee of the E. Leclerc centers advances corresponds to the price of the container between China and the American West Coast. “Fortunately” for France (Overseas Territories included), the cost remains lower even if the increase has also been spectacular. Thus, for transport from China to Europe, the price of the container fell from $ 2,146 on October 16, 2020 (no earlier dates) to $ 14,493 on October 8, 2021 after peaking at $ 14,703 on October 1, 2020. October.

As part of the world was in the process of deconfinement and economic recovery, a container ship blocked the Suez Canal for five days, severely disrupting global maritime traffic. Only, at the same time, in China, the port of Yantian was closed for health reasons for two weeks, creating a giant blockage of container ships. Supply failed to absorb demand, and these bottlenecks had a domino effect.

As the economy picked up steam in the West, demand exploded. All the goods that were blocked were the first to be delivered. But in the meantime, new orders have been placed, on top of all those not yet placed. To this must be added the boom in e-commerce, with many purchases coming from “the workshop of the world”. Supply can no longer keep up, demand does not weaken, as a result, prices rise. Combined with this, the increase in the price of fuel for the ship, the container becomes much more expensive. Around the world, there are 24 million containers in circulation, but China, the world’s largest exporter, is lacking, as many are stranded in Western ports.

Obviously, when the cost of transport increases, it also means price increases for the consumer. An increase that can be seen in Reunion where the price of rice has already increased by 3.5%. But that can also be seen in French Polynesia on the same food. The “good news” for consumers is that the cost of transportation in the final price of a product is marginal. On the other hand, the significant deterioration of the freight can lead to a disruption of supply which could impact the holiday season. Some toys produced in Asia may not end up on store shelves and higher prices for toys are possible. Coupled with the semiconductor shortage, the cost of the container is a concern in Overseas and around the world.