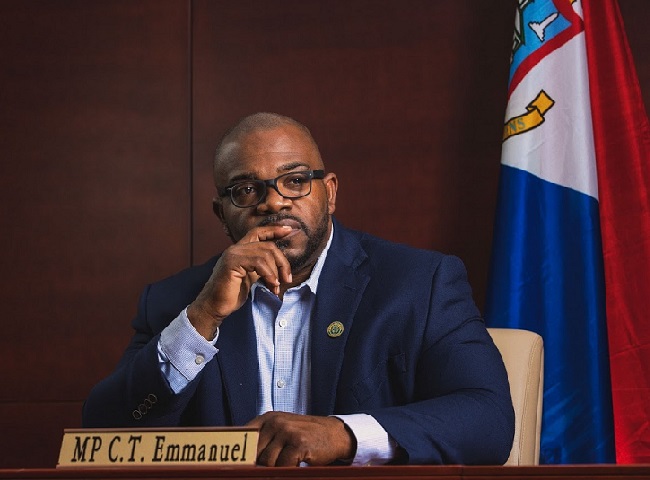 There are many political opponents who are frustrated with the fact that I continue to hold this government accountable through means available to all of us. It has come to the point where they, their soldiers and future candidates publicly display their frustration by stating I always have an article ready to go. I don’t know if to take that as a compliment, but I can inform Mr. Cloyd Marlin that I am always ready because his government is always predictable and predictably bad, including his Letter to the Editor. So yes, this response was ready too.

It should not be lost on anyone that the National Alliance, former champions of “right is right and wrong is wrong”, are now condoning actions and norms that it once promised the people of St. Maarten it would never condone. St. Maarten in the past 10 years has undergone severe ridicule locally, in The Hague and internationally after being slapped with reports from Transparency International, being forced to establish an Integrity Chamber and criticized for bad corporate governance and policies steeped in “vriendtjes politiek” at our government companies.

We have witnessed the detention and prosecution of well-known people and politicians in the community, sometimes for issues that could have been resolved in one afternoon at the tax office. But because Mr. Marlin sits on the opposite end of the political spectrum than I do, he writes that Ballast Nedam’s history should not matter in its securing of the airport reconstruction project. After everything we have gone through and defended, you would think we would have elevated our standards.

Mr. Marlin instead rolled out the predictable response; Chris trying to stop the project and stop people from eating. This argument is used to create the impression that this alone matters and I don’t care about people. Nobody at the airport is going to believe that drivel because they know who has been standing up for them from day 1, while members of Mr. Marlin’s party passed them straight when they were in Parliament like they didn’t matter, condoned the personal overspending by the CEO and denied workers proper pay and benefits.

Today, Mr. Marlin pretends to show concern while trying to make a political point. I think he may be confused as to what party he is still part of. Their care for people has long disappeared through the insulting and condescending statements of the National Alliance Ministers towards our people on every level.

My questioning of the Ballast Nedam affair is very simple: Wrong is wrong. It should not be that the measuring stick for St. Maarten is yards long and that for the Dutch and its established entities is non-existent.
It should not be that St. Maarten is made to adhere to current and made-up regulations for everything under the sun, while others, like Ballast Nedam and Windward Roads, can have a history of corruption and criminal convictions which is not taken into account when it wants to operate on St. Maarten for a commercial benefit. We are called to account for anything that they suspect to be corrupt going back decades. In fact we are punished for this. But we cannot hold them to the same standards.

It is the duty of the government to ensue this is adhered to, as it is the same government how would be requested to approve foreign work permits. Mr. Marlin as expected tried to use employment as a launching point to justify contracting Ballast Nedam, as if every company would not have been obligated to do the same.

To publicly dismiss and, worse yet, condone proven fraud and corruption, is the worst form of ignorance. Everyone, my person included, wants to see our airport returned to its glory days. If this government was transparent, honest and forthcoming by simply answering questions, perhaps there would be no need to question procedures at the airport which have clearly been operating under a shroud of mystery for months.

I get that Mr. Marlin condones and applauds these actions, because he feels it might work in his political favor, but it goes against the very foundation we are trying to strengthen in this country.

If they are going to apply measures and regulations on my country and people, they should abide by the same. When they do not or appear that they do not, this MP will continue to push for answers in an attempt at forcing accountability.

The late, great Dr. Martin Luther King Jr. once stated: “Nothing in the world is more dangerous than sincere ignorance and conscientious stupidity.” He meant that willfully making a decision to live in error, conscious of the wrongs, is very dangerous to any society.

We should demand better for St. Maarten.
MP Christophe Emmanuel