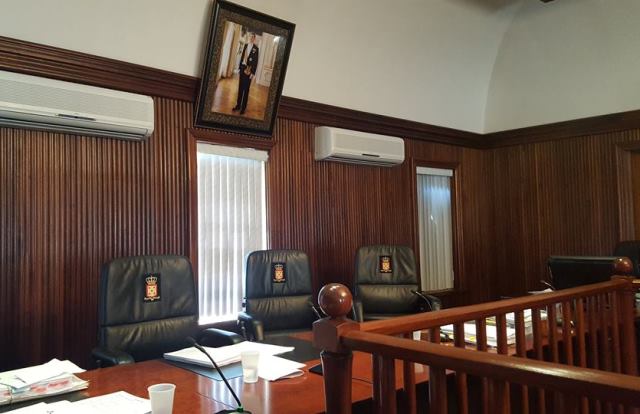 PHILIPSBURG, Sint Maarten — On January 21, 2021 the Appellate Court in Administrative Cases nullified a rejection that was issued to an immigrant who had followed proper procedures to regulate his stay with his wife in St. Maarten.

As the procedures dictate permission was required from the Immigration Department for the marriage through the Counsel of his native country in St. Maarten, once all interviews were conducted and the marriage was approved it was conducted here at the Counsel. After the marriage the immigrant left the island to await the processing of his residence permit abroad.

The request was initially denied citing that the wife did not have sufficient means of income to sustain her husband and that the request was submitted after the one-year period. Later in appeal by the Minister of Justice the rejection grounds were expanded to also reflect that the immigrant had resided in St. Maarten several years illegally prior to the request for residency and that was considered a violation of the public order, according to the Minister of Justice.

The Court of First Instance ruled that the wife did meet the monetary requirement and ruled that the Minister of Justice could not legally use the previous illegal stay as a ground for rejection as there is no published policy restricting those immigrants from leaving the island and subsequently requesting residency via the lawful channels. The Court of First Instance did not agree with the petitioner that the delay in registration was for the account of government and as such the appeal was denied.

The Minister of Justice was ordered to make a new decision and the Court made it abundantly clear in its decision that the Minister of Justice cannot use the monetary requirement, violation of the one-year period after marriage for family formation or the previous illegal stay of the immigrant on St. Maarten as grounds for rejection.

The Minister of Justice was condemned to pay the legal fees along with the court filing fees of the petitioner to the tune of Naf. 3,250,- in total.