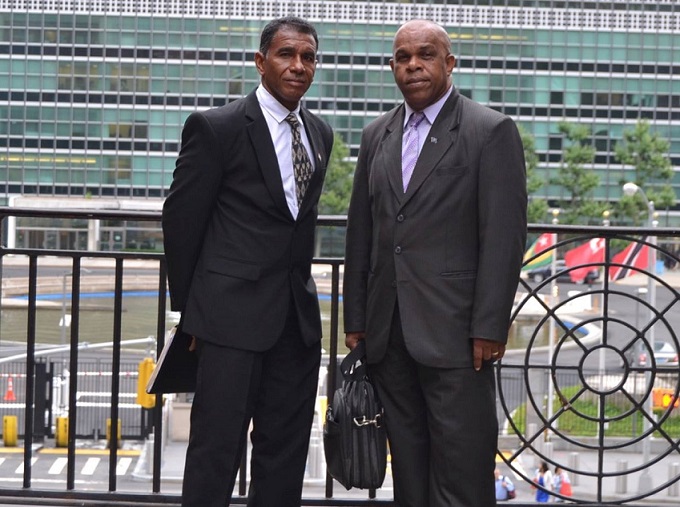 Foundation Nos Kier Boneiru Bek and the Bonaire peoples congratulates the peoples of Statia with their overwhelming victory on October 21,2020, re-affirming the PLP leadership as their legitimate legal democratic representation. The Statia peoples showed with this win that they never accepted the betrayal and violation of their sacred democratic rights and send a clear message to The Hague.

In February 2018 the Dutch government leaded by their military-poised state-secretary colonel Knops deposed the same government with the same leaders, through an un-democratic act, abuse of power, an coup d’etat.

A historical moment of victory to the Statia peoples, strong and determined, defeating Dutch 21st century colonialism. A resounding rejection against Dutch-colonial-rule, very loud, very clear, claiming back and restoring their government they have elected themselves in March 2015. Reassuring that the peoples are the ones that has to judge and decide, which government they wish. This serves as a message of courage and hope to all other Antillean islands, especially the autonomous bigger islands Curacao, Aruba and Sint Maarten, that are at the moment under duress of the Dutch government, using the Covid-crisis to blackmail them, forcing them to cede their autonomy for an loan with improper conditions. Statia has risen again and standing tall as a nation of people with dignity, that want to decide themselves on their own island, to determine themselves their own destiny, and wants to protect their inalienable fundamental right to democracy, right to self-determination and self-governance.

Today we are looking back on these recent historical battles for the rights of the Statian peoples, but more important now is the Statian peoples heroic action that decided to put their same courageous government leaders back at front of their struggle to continue fighting for them, moving forward seeking their rightful self-determination and human rights.