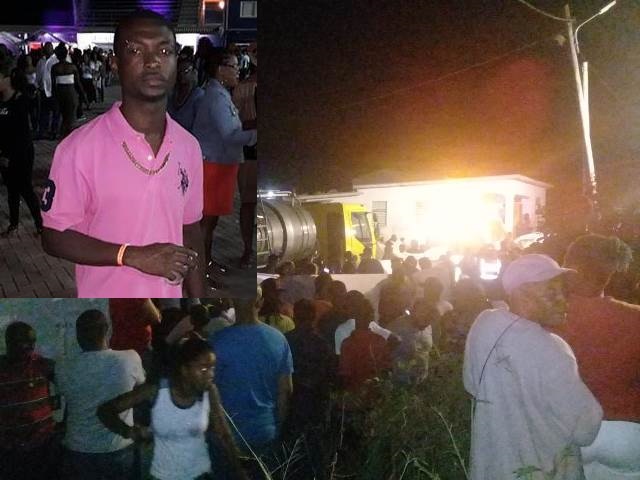 QUARTIER D’ORLÉANS – Two separate, but fatal scooter accidents occurred in Quartier d’Orléans on April 9. This was followed by a two-car smash up the very next day. There was no fatalities in that accidents.

The gendarmerie and firefighters intervened twice on Route Nationale in Quartier d’Orléans on April 9. The first accident occurred at 11:30am. The scooter rider died on the scene, despite the intervention of the medical teams.

According to the eyewitnesses, the scooter passed a line of cars on the left of the road and did not see a truck in front of him maneuvering to turn left to enter a parking lot. The rider slammed into the truck, dying almost instantly.

The second accident occurred at the exit of Quartier d’Orléans near Belle Plaine at 7:00pm. This was a frontal collision between a scooter and a van. The van maneuvered to turn on the left. The driver did not see the scooter coming in front of him. The collision was inevitable. The young Saint Martinois died at the scene of the accident.

The gendarmerie renews its instructions of prudence with regard to the scooter riders. The drama we had yesterday on our roads must be a collective awareness of the behavior of road users, the gendarmerie said.

A non-fatal accident occurred on April 10 in the same district involving two vehicles in frontal impact. The circumstances of the accident are not known at the moment.