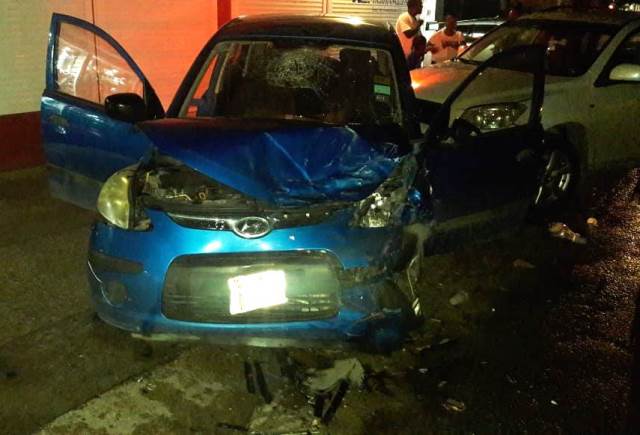 For still unknown reasons the driver of the 1633-AAB lost control of his vehicle due to the excessive speed he was driving and collided with both oncoming vehicles. As a result of the collision the driver and the passenger of P-2784 suffered severe injuries such as a head concussion, fractures to the neck, chest and arm. No external injuries were visible with the victims driving in M-5131.

The victims were all treated on the scene by paramedics. Only the victims driving in P-2784 were transported to the Sint Maarten Medical Center for further treatment and where they remain admitted in critical condition.

The 1633-AAB was confiscated for further investigation and towed to the Police Head Quarters.