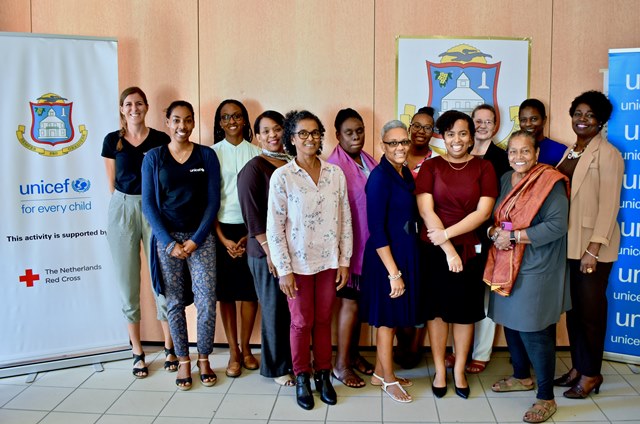 Philipsburg – UNICEF Netherlands, together with government and civil society representatives will be conducting a Situation Analysis (SitAn) into the rights of children on Sint Maarten. The SitAn will concentrate on adversity and risk examining how vulnerability levels have changed among children and adolescents in the aftermath of the 2017 hurricanes and how the social protection systems including the child protection system have responded to these changes.

The study will also analyze progress and remaining or new bottlenecks since the last study by UNICEF on the rights of children on St. Maarten published in 2013. The study will inform current and future policy-making on children’s rights and identify actions that should be taken by various stakeholders.

Conducting the SitAn is UNICEF’s consultant Paulette Nichols, who will be supported by a local SitAn Committee. The SitAn Committee, which was formed based on discussions with the Department of Youth of the Ministry of Education, Culture, Youth, and Sport, consists of ten government and civil society representatives. Government representation in the committee includes representatives from the youth, education, social development, child protection, and statistics departments.

On Monday, November 26, to kick-start the process, UNICEF hosted a skills-building workshop for members of the SitAn Committee. During the workshop, Nichols delved further into research methods that will be utilized to conduct the SitAn. At the end of the workshop, the various committee members voiced their expectations and their commitment to provide support throughout the SitAn process.

“The engagement of this dedicated and competent SitAn Committee is indispensable to the valuable outcome of this study. Their cooperation ensures full ownership of findings, conclusions, and actionable recommendations by key actors. UNICEF is pleased to facilitate this process and support stakeholders with gaining clarity on the current situation of children and what remains necessary to attain the full realization of their rights.” –La-Toya Charles, Project Leader of the studies at UNICEF Netherlands.

The final SitAn report will be released in June 2019. The SitAn on Sint Maarten is funded by the Netherlands Red Cross. SitAns funded by the Dutch Ministry of Interior and Kingdom Relations are also being conducted on Bonaire, St. Eustatius, and Saba within the same time-frame.