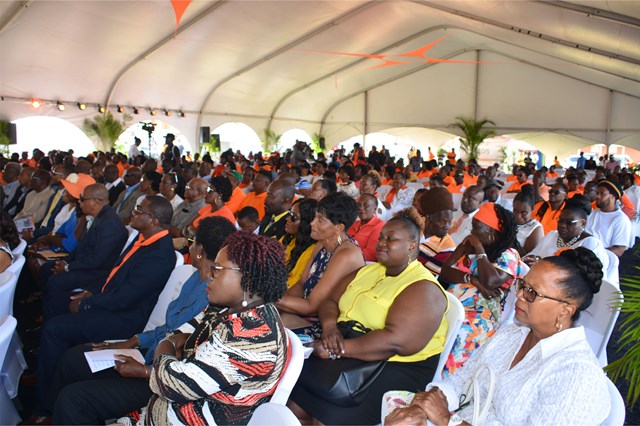 Thousands more watched the event live via social media, and others followed it via live broadcasting streams carried by local radio stations.

Mr Ross and Dr Sebastian were two of the first in the Diaspora to publicly endorse the Peoples Labour Party.

Prime Minister Harris and Leader of the Peoples Labour Party and Team Unity delivered a powerful and sterling address in which he affirmed his enduring commitment to Unity, and to PLP’s dynamic and supportive role as a grassroots party delivering votes for the Team as a whole.

The Peoples Labour Party Leader said the country will face the choice of moving forward with the outstanding works of the Team Unity Administration, or retrogressing backward with the stale-dated and disloyal Opposition Party.

High energy and enthusiasm were evident everywhere for PM Harris and for Unity.