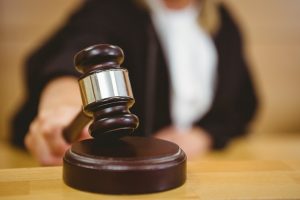 Colin K., who misses the bottom part of his left leg, appeared on crutches in the courtroom. He is currently detained at the Pointe Blanche prison.

Attorney Shaira Bommel complained to the court that she had not received the dossier, while she had asked repeatedly for it.
She asked the court to terminate or suspend her client’s custody. She also asked for a studio-interview by a qualified psychologist with the defendant’s 6-year old daughter.

The attorney also wants to hear other victims to establish their ages. Bommel furthermore asked to hear several other witnesses.

The prosecutor objected to a possible termination of suspension of K.’s custody.

The court granted practically all of Bommel’s requests for further investigation. “I am merciful with these requests, because the accusations against the defendant are serious. You are risking years of imprisonment,” the judge said.

He found however sufficient serious objections against K.’s release and rejected the attorney’s request to let him await his trial in freedom.