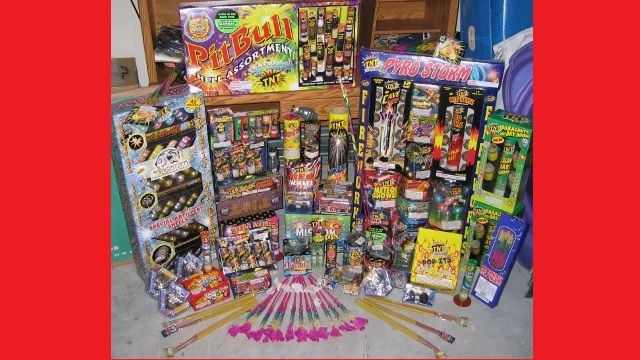 This decision was taken in the interest of general safety of the districts and is based upon the assessment of both the Fire Department and Ministry of VROMI which shows that there are still many exposed roofs and buildings with tarpaulins.

Roofs and buildings are less protected against fireworks that has an effect above ground level, making fireworks like a sky rocket or Roman candle landing on the roof has a considerable chance of causing fire.

Limiting the sales or lighting of fireworks with an effect above five meters is to prevent those effected most by hurricane Irma end up losing their belongings to fire.

The Prime Minister has decided based upon the advice of the Fire Department to not allow the import, sales and lighting of consumer fireworks that has an effect higher than five meters above the ground.

These limitations are not for consumer fireworks with effect up to five meters high, like firecrackers and fountains, meeting the requirements of the Fireworks Ordinance AB2013, GT no 18.

Allowed also are professional fireworks, which are lit by certified pyro technicians in an area with an approved safety distance away from any building.

The Fire Department has informed the relevant stakeholders that applied for an import and sales permit on or beforehand about the advised limitations and is awaiting their adjusted list of consumer fireworks that they want to import and sell in the period of December 29th – 31st, 2017.

Fire Department together with the Police will be vigilant to ensure that all Fireworks activities at the closing of 2017 are according to the granted permits and used in a safe manner.