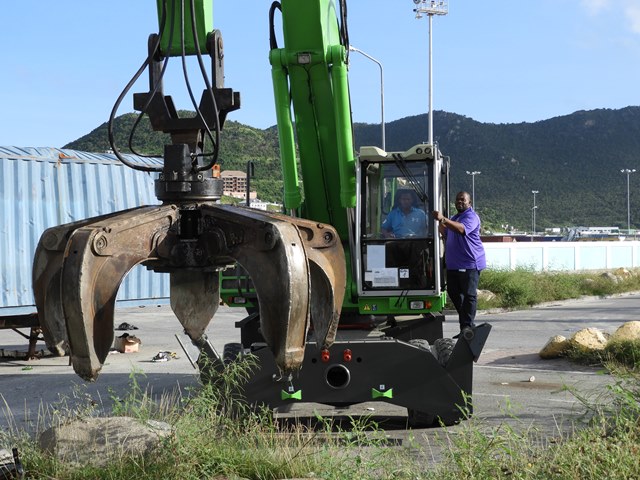 Philipsburg –  In a collaborated effort, the Ministry of VROMI and the Steelcrushers BV have embarked on a project to have all the zinc, car wrecks and other metals  removed from the island in the very near future.

The company has brought in various pieces of machinery, including a huge grabber, to be able to start clearing up the zinc depot beside the Little League stadium. The huge car wreck depot from the former Bakker recycling and the items presently stored on the landfill will also be removed.

Seeing the amount of damaged cars on the island, the Ministry of VROMI expects many more wrecks to be collected over the next few months.  Reconstruction on buildings will also cause a great deal of metal debris to be accumulated. This public private partnership will work out well for all concerned.

The cost for government lies in the transporting of the scrap metal to the docks in Point Blanche with the trucks the Government received from the Netherlands for the cleanup program which is still ongoing at present.