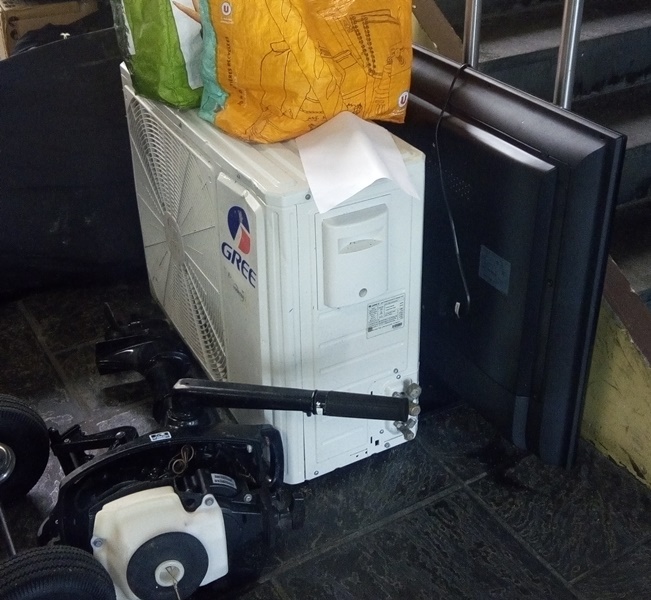 PHILIPSBURG, Sint Maarten — On Saturday September 23rd 2017 three suspects were arrested by Detectives for looting. These arrests were made based on reliable information that was shared with police department. Two apartments were searched at a complex in Cole Bay during which a large amount and a large assortment of house hold items were found and confiscated. Two persons identified with initials L.W. (63) and S.R.S. (22) were arrested at this location and taken to the Philipsburg Police Head Quarters. (See pic attached)

A third suspect identified with initials F.A.C.O. was also arrested on that same day for the possession of several brand new items for which he could not present a documentation of ownership. These items included a large flat screen television, air-conditioning unit, outboard boat engine, electronics, watches etc.  The suspects along with confiscated items were also taken to the police station. The suspect remains in custody for further investigation.