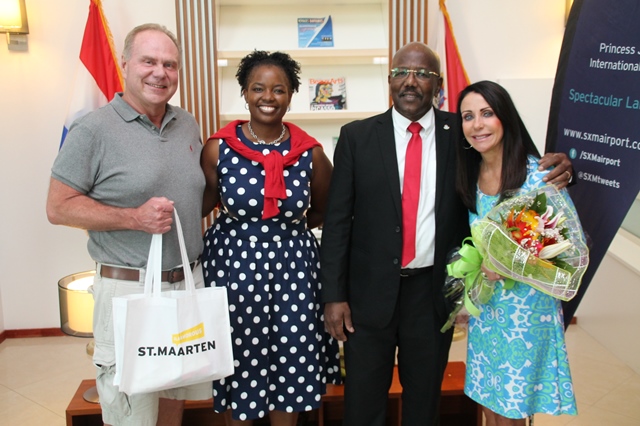 Being inducted as a director means that St. Maarten will be the very the first Caribbean island that will be taking part in this pageant.
Each year, over ninety (90) contestants spanning from countries and continents such as The United States, Europe, South America, Asia and Africa compete for the crown in representation of their individual countries.

This pageant can be compared to the Miss USA, Miss America, Miss Universe and Miss World.

“This is very big for St. Maarten especially being we are known for only competing in regional pageants in Anguilla, St. Kitts, Nevis and Antigua, but now have the opportunity to compete on an international platform” stated Mrs. Rabess-Richardson.

“I would like to truly thank the Honorable Prime Minister William Marlin and Mrs. Marlin for their continued support of Posh Productions and our efforts to elevate St. Maarten on the pageant platform. I’m truly grateful that the Prime Minister sees the vision and supports the mission”, said Mrs. Rabess – Richardson.

“On behalf of the Government of St. Maarten, my wife Mrs Gabrielle Marlin and my support team within my cabinet-The Cabinet of The Prime Minister, I express profound joy and support to Mrs. Anna Rabess-Richardson and POSH Productions for such needed accomplishment towards the continuous thrive and pursuit of empowerment of women and girls”, said Prime Minister Marlin