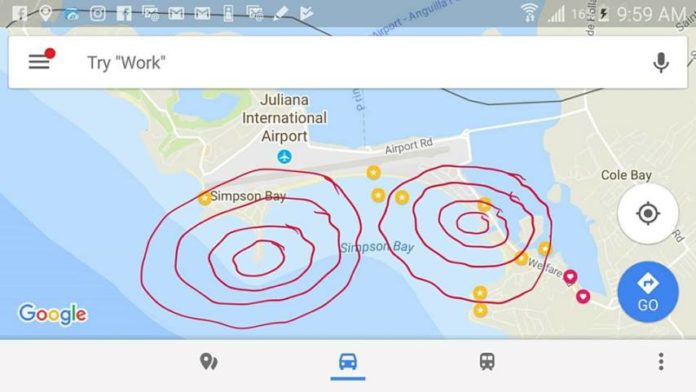 ~ A source told us: It’s not April 1st fool story but real gold and silver found in St Maarten waters ~

SIMPSON BAY – On July 14, a man with the Facebook name Capi PirateMarko, posted that he was detained questioning, and held for approximately 2 hours at the police station in Simpson Bay.

In his Facebook post, Capi PirateMarko said he was arrested on July 13, for 2.5 hours after he and some students were practicing open water dive skills in an area at the entrance of the Simpson Bay lagoon. He also claimed he was held on orders of the Minister of Education Silveria Jacob. Police questioned them and let them go. He told 721news they were held for trespassing in a particular area in the water.

Police also warned them not to dive in those specific areas again. However, no exact coordinates were given to them.

721news contacted Police Spokesman Chief Inspector Ricardo Henson, who told us he will get back to us on what occurred. Henson advised contacting the Minister of Education and the TEATT Ministry for more details. When 721news inquired as to why there was police present at the location, and why the divers were held for questioning, Henson did not give response and referred us to the two Ministers.

721news contacted some reliable sources, who confirmed that another group of divers/treasure hunters found gold and silver items (not coins), they have marked the area and are busy searching for more. According to our source, this “secret” operation is being held and whatever is found will be given to the government and part will be shared with the private individuals.

Yesterday, Saturday, July 15, our newsroom contacted the Minister of Education’s office, but we were notified that the Minister was off-island. 721news requested a response on this topic, but until the publishing of this story, we had not received any reaction from the Minister.

No official decree was issued publicly that certain areas were restricted to divers. Some divers expressed concern that if they went diving without knowing what areas are restricted, like the marine park, they fear also being detained for questioning. They expressed if Government would just announce the exact coordinates, they will obey the restrictions and stay away from those areas.