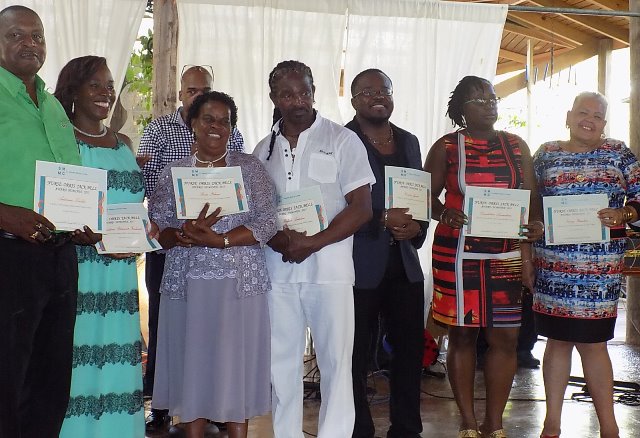 Legends (retirees), Orris Jack Bell award nominees and their friends and families came out to the luncheon which was held at the lovely Little Well Oasis in Cole Bay and was hosted by Marisol Wilson, Registered Nurse at the St. Maarten Prison. The dual event is themed “Nurses Who Paved the Way” and honors the nurses of past and present that have been role models within nursing on the island.

A shocked Rafael Antoine, an Emergency Room nurse at SMMC, was announced the recipient of the second Orris Jack Bell award out of a group of seven nominees. The Orris Jack Bell award recognizes a nurse who serves as the perfect example of what it means to be a nurse. One who is dedicated, self-less and who willingly goes above and beyond to be the caregiver that the community needs, as Nurse Orris Jack Bell has done for nursing in the years she served in the field.

The award was initially established in 2015 by the Education Department of SMMC through the effort of Antonio Pantophlet, Manager Patient Care at SMMC, and his committed team. That same year Nurse Orris Jack Bell was presented her namesake award in honor of her work. The following year the first winner of the award was Nurse Daphne St. Rose of the St. Martin’s Home in 2016. 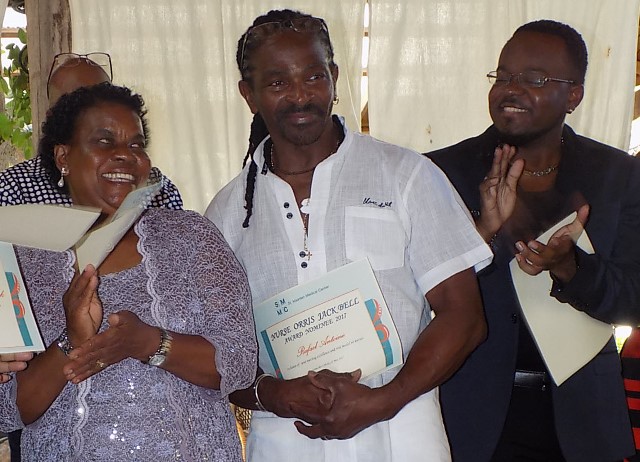 These nurses have dedicated years to nursing and serving the community. They have all played a role in advancing the field on the island and represent the heart of nursing. SMMC is honored to recognize these honorable, hard-working individuals yearly.

The afternoon included a rendition of the O Sweet Saint Martin’s Land song to which everyone stood up and joined in. An opening speech was given by Antonio Pantophlet, who organized the Day of the Legends and the Orris Jack Bell award ceremony. He emphasized the value of nurses in our community and commended them for being caregivers to the people. The observance was festive, as the guests enjoyed good food and the musical talents of an excellent local band.