PHILIPSBURG, Sint Maarten — John Brooks originally from St. Maarten is currently the owner of a fast growing modeling agency in the Netherlands, and he is currently in St. Maarten and will be holding a model search on Saturday, May 13, 2017 at Port De Plaisance from 10AM-2PM.  A modeling agency is a company that represents fashion models, to work for the fashion industry.

“I want to offer an opportunity to the youth of St. Maarten that have an interest in modelling to come to this open casting this weekend,” said Brooks. “Modelling is not a contest, but a job, with each model profiling a different look, which we usually make a plan for based on their lifestyle, whether they will be full-time or part-time models, if they are in school and their age.” Brooks further stated that he would like to take all that would be attending the model search, but can only take those that are model material. 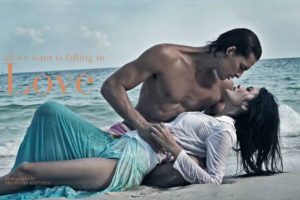 It is important to note, that Brooks  fell into this business by accident. “I was always into fashion, mainly branding and marketing people as it relates to keeping fashion shows, and because of this I decided to go into the business full-time at the age of 26, because I understood the business side of it more,” said Brooks. Unfortunately following his dream also caused him to become homeless for a short time, and this experience showed him the true value of money.

Brooks further stated that you do not need a lot of money to start a business s some would think. “You just need perseverance, love for the work you do, and do not become complacent, as you need to keep on building and growing, and never give up,” said Brooks.

The modeling industry is actually a very basic and simple subset of the advertising world and it works very much like the entertainment industry. 721 News asked Brooks where he sees the agency in the next five years. Brooks’ goal is to see Brooks Management, which will be an umbrella for production, fashion/events management, talent search for singers, dancers and actors, in short a full-fledged production agency.

As a fashion minded individual, Brooks is always ahead of the trend, and noted that it is important as an agency for you to have your own signature look. “Don’t follow other agencies, be a trendsetter, and I am using the qualities I have been told in school I have, such as fashion forecasting, and a feeling for trends to take the agency further,” said Brooks.

Once he returns to the Netherlands its back to business. Brooks teaches fashion and business at the School for Fashion & Business in the Netherlands. He also has to make preparations for the upcoming Men’s Fashion Week in June, and get back to the daily business of managing the agency, which services clients worldwide. “We have clients in Asia, North America and Europe for whom we do various work for, such as campaigns and print work for magazines,” said Brooks.

Now, we have heard all about the work that Brooks is involved in, but really, who is he. Well, John Brooks was born here on St. Maarten, and grew up in Middle region, where he was raised by his mom and his aunt. He attended primary and secondary school here on the island, and successfully graduated from Milton Peters then moved to the Netherlands where he graduated as a medical analyst and later went on to become a fashion analyst.

“I return home regularly, just about every three to four years I come home,” said Brooks. Brooks told us that for him it is important to make St. Maarten proud, and thanked the people of St. Maarten for the support he has been receiving thus far.

721 News wishes John Brooks much success in his future endeavors as he continues to make his mark in the fashion arena.