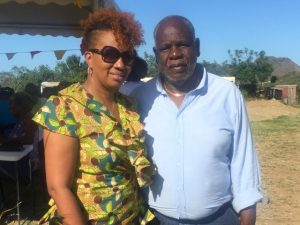 Minister Jacobs was elated to be present at the “Shing Din” and congratulated the association on a successful event. She enjoyed the African drum band performance, which consisted of 4 young men and their mentor. The young men gave the audience an amazing show and received a round of applause and then gave an encore.