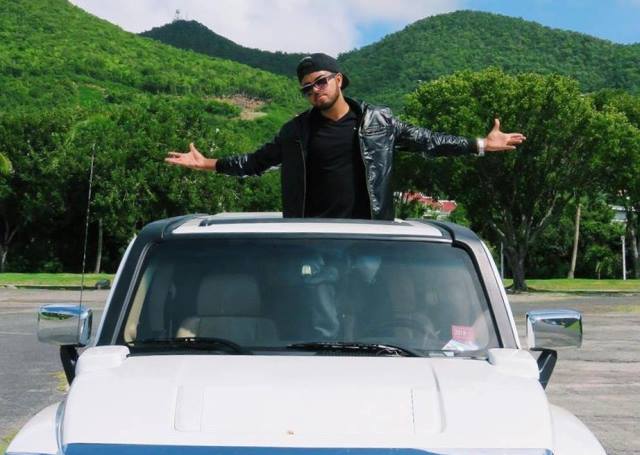 The music video for his single “Different Breed,” was released Thursday during his live broadcast on Facebook and live on air on Laser 101.1FM.

His single prior to “Different Breed is called “Inauguration Day,” which was released in October 2016. It garnered 100,000 views and travelled across the globe in over 100+ countries.

“Different Breed” will definitely be tagged as a visual treat to the audience as the video depicts visuals that have never been seen before on St. Maarten or in the world. “This is something that isn’t expected from an upcoming artist. The video is guaranteed to impress the audience as it has been presented in a very lavish and stylish manner. The catchy music complements the music video and sets perfectly with the theme,” a release said.

Jay will release “Different Breed” on Laser 101 during his live broadcast of the interview at 8:00pm Thursday evening.

Speaking to Jay on his single, he was asked about what inspired him to go on such a different route. “I want to be the face of St. Maarten one day. I want to represent St. Maarten on greater platforms and in order to reach there, its mandatory for me to be innovative with my music and presentations. Today when ‘Different Breed’ will be released, the world will be watch it, and I am sure they will be highly impressed and amazed by it. We have worked incredibly hard on this project and I hope that everyone loves it as much as we loved making it. I just want to thank everyone that’s been part of this amazing journey and I hope I make my country, St. Maarten, proud from my work,” he stated.

On his future musical endeavors he said, “Currently I am busy with this release, but I am working on my next release. Believe me, it will be awesome. I stepped into the hip-hop world with a bang and I will create the shock waves with every release of mine.”