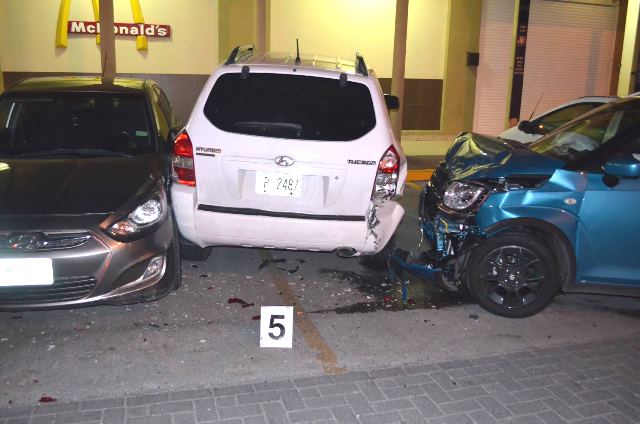 SIMPSON BAY – The Police Traffic Department is presently investigating a traffic accident, which took place on Saturday, January 28, at approximately 4:50am on the Airport Road in the vicinity of McDonalds involving six vehicles.

The driver of the vehicle with license place M-8869, who was driving with excessive speed, was the cause of the six-car pile-up, and severe damage to the other vehicles, some which were parked on the side of the road.

The passenger of this vehicle complained of minor pain on the left side of his body. The victim was treated by the paramedics and was released shortly after.