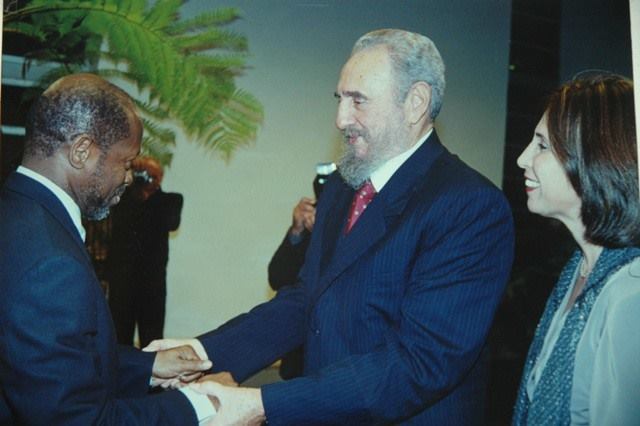 In a message Saturday, November 26, on the death of the former Cuban President, Dr. Douglas, now Leader of the Parliamentary Opposition in St. Kitts and Nevis said the twin-island Federation’s, “Government and people have benefited greatly from the generosity of the Cuban Government and people over the years.”

In his message of sympathy on behalf of the St. Kitts-Nevis Labour Party, and on behalf of the members of the Parliamentary Opposition in the Government of St. Kitts and Nevis to Cuban President Raoul Castro, Douglas extended “sincere condolences on the passing of President Fidel Castro.”

“The Government and People of St. Kitts and Nevis have benefited greatly from the generosity of the Cuban Government and people over the years, in areas as varied as education, health, and culture among others, and the social and economic advancement of our nation has been dramatically hastened as a result of our friendship with your country. The era of bilateral cooperation between St. Kitts and Nevis and Cuba, which began under the leadership of President Fidel Castro, continues to this day, and for this, again, St. Kitts and Nevis shall be eternally grateful,” said Dr. Douglas.

He continued: “The governments and peoples of the Caribbean region, along with most of the nations of the world, had long worked to hasten the normalization of relations between the United States and Cuba and we, like so many other nations, welcomed the progress that had been made in US/Cuba relations over the past year.”

“Fidel Castro’s place in the history of Cuba, the region, and the world is clear, and we extend to the relatives of President Castro, to the Government of Cuba, and to the people of Cuba our sincere sympathies at this moment of sober reflection and loss,” said former Prime Minister Douglas.