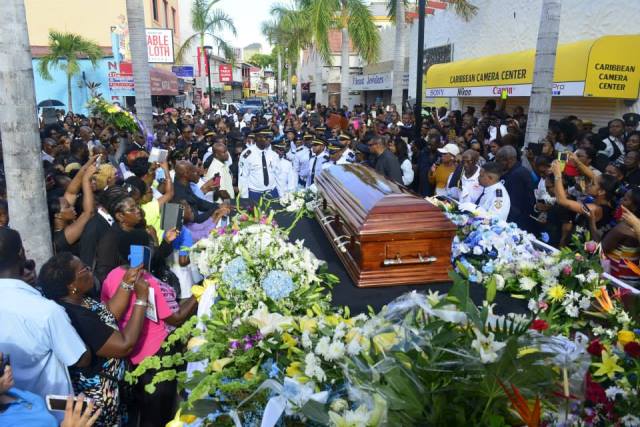 GREAT BAY – The heat from the killing of police officer Gamali Benjamin on August 5 of last year seems to have somewhat evaporated, it appeared yesterday when the main perpetrators, Ridge Damisse and Jovanny Leon appeared in the Common Court of Justice yesterday. Security was light and the two men – serving 20 and 8 years respectively – were just shacked at the ankles. A third suspect, cab driver Obed C. (who was acquitted in the Court in First Instance) was also present.

But the appearance did not result in the handling of the appeal. Judge Tamara Tijhuis noted that the docket allowed only 1.5 hour for the case. “That is unfortunate because we want to dedicate good time to this case,” she said. “Considering the packed agenda of the court, we have decided not to handle the case today.”

The attorneys present, Danae Daal and Safira Ibrahim, did not have any additional requests for further investigation.

Solicitor-General Ton van der Schans noted that appeals have to be handled within five months. The case was in court in August when it was deferred to yesterday’s docket.

Van der Schans said that the evidence that has to be attached to the verdict by the Court in First Instance has in the meantime become available.

Now the appeal will take place on February 2 of next year at 9.30 a.m. the court has reserved the rest of the day for the hearing.