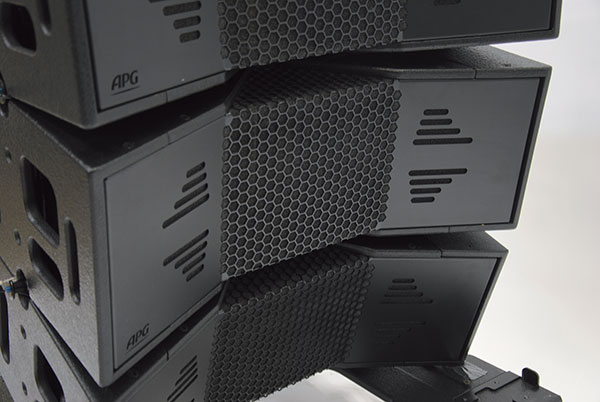 Genesis Music Group joins a network of committed pro AV companies who are able to offer differentiating solutions while answering the most stringent expectations. With this new addition, APG can now count on a network of 26 partners worldwide.

Commenting on the agreement, Genesis Music Group CEO and chief engineer Bertaux “Mr. Rude” Fleming enthused: “We are extremely proud to become a Uniline partner. I was introduced to the brand in 2010 during a trip to Paris, and when I heard the APG system I was immediately sold. I was stunned by the sound quality that was coming out from these small boxes.”

Fleming praised the professionalism and great relationship developed with the APG team. “Performance wasn’t our only criteria, we really value business relationships with our partners and APG has always been very helpful, understanding our needs. They are fast to react and their customer service is absolutely top notch. This gives us extra confidence to grow further as a company.”

Another factor that determined Fleming’s decision was the design of the products. “I value brand identity, and APG’s design speaks volume about the passion and expertise they put into their products. The design of the boxes is absolutely unique, and the sound is crystal clear and free from distortion. Wherever I plug in an APG system I get praised for the clean sound and I’m guaranteed to provide the eye candy.”

Genesis Music Group started working with APG using four SMX15 monitors and four TB118S subwoofers before buying four more DX15 stage monitors, eight TB118S and TB218S. The recent decision to buy eight UL210 line array speakers and DMS48 touring racks naturally took the company to another level of partnership with APG.  “APG has set me in a class of its own in St. Maarten,” admits Fleming.

It wasn’t long before Genesis put the Uniline to the test. The system was used for the first time for a gospel concert with superstar artist Michael W. Smith. APG’s technical support manager Mathieu Delquignies was on hand to deliver training on the Uniline system. Eight UL210 in L/R configuration were deployed along with two TB218S per side and four TB118S in the middle.

The event was a huge success and the spectators were amazed by the sound, as well as the FOH engineer who praised the impressive flat response and clarity of the system.

Created in 1978, APG is a manufacturer of high quality professional loudspeakers. Today APG is continuing in its drive for excellence and controlled growth, based on the development of a new line of innovative products, a global strategy and core values of ethic and respect for its customers, its suppliers and its environment.

35 years after its creation, APG has left a mark on audio history with the creation and achievement of major acoustic and electronic innovations: Appolito’s baffle (1982), coaxial loudspeakers (1991), ISOTOP™ driver, Bandpass and K-Horn loads, cone drivers’ dynamic protection. The performance and versatility of APG systems have earned the recognition of the most demanding professionals all over the world, from sound engineers to systems engineers and from sound designers to artists themselves.