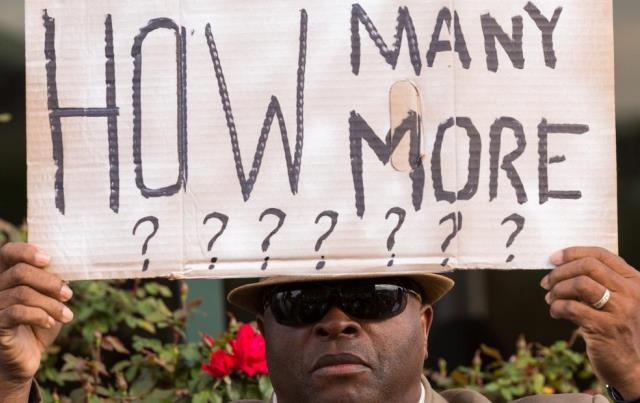 PHILIPSBURG – The community was in shock, and some were very angry last Friday, November 11, after they viewed 5 videos showing a number of police officers beating 4 civilians, and losing complete control, after being called to mediate a family dispute on Back Street.

On social media, persons expressed their anger, especially within the Spanish community, who condemned the hard action that the Alfa Team took to arrest the 4 persons. What was not shown on any of the videos was a Police officer hitting the grandmother while she was at the police station.

Eyewitnesses, who were at the police station, confirmed to 721news that this did indeed happen. This entire brawl has prompted the police force to order a 3-day mandatory course this week for Alfa Team.

721news took the opportunity to contact the Prosecutor and Attorney General’s offices to find out what is really happening to all the cases of alleged police brutality, which were filed months and maybe years ago. Persons who filed these complaints never got an answer as to how far the investigation was progressing.

Because some of these cases are so old, and there are no exact dates, 721news approached the lawyers who represent the victims for more information. However, because of privacy rights, the lawyers were unable to give any details on any of these cases. One lawyer told us the only way to get any information was if the clients approached 721news directly or instructed them to release any information. The lawyer did not deny that there are cases filed by the National Detective and KPS internal affairs dating back to 2014, 2015 and earlier this year. 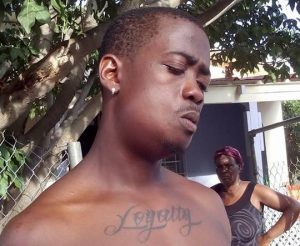 Attorney Sjamira Roseburg told our newsroom that she is corresponding with the Attorney General’s office, but had not heard any progress in this case, up to now.

The second case happened in October, and concerns some minors involved in an incident that the same Alfa Team had responded to. Information received by sources state that a group of police beat these minors and then arrested them. Police did not issue any press

release on this specific incident, but 721news understands that the lawyer defending this case is attorney Geert Hatzmann.

He did confirm that he has some clients that are minors, who were arrested, and that one of them had a broken hand. However, he couldn’t give specifics of the case because of privacy reasons. 721news gathered some information and did confirm that the young man’s last name starts with an “S.”

“The second incident you referred to was alleged police brutality, which should have taken place in the Cape Bay area and whereby a young man’s arm was fractured. The Prosecutor’s Office up till now has no record about complaints filed regarding this supposed incident,” Bernadino explained.

721news also asked for an update on the outcome of the Back Street brawl, which was captured on different smartphones.

“The third incident you referred to was an altercation between neighbors in Back Street, which took place on November 11, 2016. The Prosecutor’s Office can inform you that internal affairs (Bureau Interne Zaken) of KPSM is doing a preliminary investigation to determine what exactly happened,” he stated.

Meanwhile, the suspects were freed, and the last update was that all three met with their lawyers, and an official complaint could be filed at the National Detective anytime this month.

721news also asked Bernadina on the procedure of suspending a police officer who is under investigation, because most of them are still working, and no disciplinary actions were taken against them.

“Another example is the investigation Landsrecherche initiated into Saturday, July 30, 2016 incident where a police officer was suspected of violating official instructions (“ambtsinstructie voor de politie”) by firing his service weapon. This investigation is still ongoing,” Bernadina said.

A Victim show us how a police officer is satisfied today but we the victims have to wait and wait… Please click on the link below:
….Rene was sentenced to a 1,500 guilders fine for making threats against a police officer. Renard Mitchell Rene sent back to prison after violating probation

721news must say that there are more cases, but because of privacy rights, is difficult for our news team to shine light on these cases. However, we are available to speak to any of these victims. They can contact us directly at +17215569595 / 721news@gmail.com or via their lawyers, to talk about how long they’ve been waiting for an answer from the prosecution team.