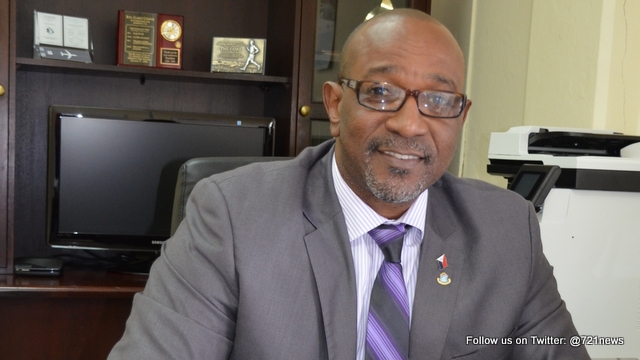 PHILIPSBURG, Sint Maarten — Former Minister Claret Connor served as Minister of Tourism, Economic Affairs, Transport and Telecommunications (Ministry TEATT) as well as Minister of Public Housing, Spatial Planning, Environment and Infrastructure (Ministry VROMI).  Serving in both areas after being part of the United People’s (UP) Party short stint in Government from December 2014 to November 2015, allowed me to work on a number of important issues, projects and programs for the people of Sint Maarten.

The Chinese are investing all around the world.  They have shown interests in Sint Maarten since back in 2014 when I was a Minister. And the approach to this new market interest has been one of properly preparing our people to deal with a new and emerging tourist market.  Globally the Chinese tourism market is over 100 million annual travelers. Destination Sint Maarten would be severely challenged in  accommodating one million Chinese travelers per year based on  issues such as infrastructural challenges; accommodation and carrying capacity, cultural and language barriers and norms just to name a few.

The interests back in 2014 were to tap into the American Chinese market that is approximately 200.000 annual travelers in addition to exploring investment and tourism opportunities from mainland China.  If we are to progress and develop any tourism market especially one with distinct cultural norms, I strongly believe that this should be done in a responsible, sustainable and inclusive manner.

Therefore our discussions also included stakeholders such as the Chamber of Commerce & Industry (COCI) and the University of St. Martin (USM). Which are the protectors of our business and education general interests. The objective was putting the people first by developing and preparing our human resources by educating them about the customs and language of the Chinese.  This was to facilitate and build a sustainable foundation for the development of the 200.000 American Chinese market in order to grow stay-over tourism in a sustainable way.

In February 2015, a meeting took place with the Ambassador of China to the Dutch Caribbean. Within this meeting we explored the possibilities and opportunities of organizing a Trade mission between the East and West that would have been beneficial to the people and Sint Maarten, and begin that sustainable development we also organized through USM and the local Chinese Association a free Mandarin course.

Involving different partners and stakeholders would have made this a success and USM as a partner saw the importance and found it their duty to prepare the inhabitants of our hospitality-based island to welcome Chinese tourists.  USM recognized that sectors of our population needed to learn the basics of Mandarin, and offered this free course for three months which would then be followed by more intensive training about the culture of China.

A follow-up tripartite agreement was signed under the banner ‘Mandarin as a Trade & Hospitality language on Sint Maarten,’ by Minister Ernest Sams at the time based on the ground work that had been prepared when I was a Minister of Tourism. The three-month USM course pilot project was a success and the second phase of the project was to commence by training handpicked individuals who play a key role in making Sint Maarten ready for this niche market.

Some of the positions identified were: Law enforcement; mainly immigration & police  officers, taxi & transport services, civil servants, members of the Cabinet of and Ministry TEATT including Tourist Office personnel, social study teachers, representatives from the airport, harbour, and business sector, and cultural workers.

There was also a Kingdom Chinese Trade Mission to China back in October 2015 where all the Ministers of Economic Affairs was invited to attend, aimed at stimulating sustainable tourism and investment development within the Kingdom.  I see nothing wrong with any foreign direct investment however it is vital that such a development is  done in a sustainable and beneficial manner and that our people are strategically  placed first in these developments.

Our people are our most important resource who serves the tourism and hospitality sector on a daily basis.  We must properly train front line staff such as front desk, retail store and other counter service personnel, transportation sector as well as bar and restaurant employees, in order to properly cater and serve this niche market.

We have to correctly nurture the country.  Our harbour and airport are prime assets to becoming an even further expanded trans-shipment/trading center based on our strategic location and our asset of being a multi-lingual society. We therefore must focus on developing our human capital as they are the critical component when tapping into any new market.

Chinese tourists are interested mainly in educational and cultural tourism – heritage and experience – coupled with business opportunities in the service and finance sectors, and thereafter leisure.

I am of the opinion that you cannot shock the society of a country by moving forward in an unsustainable and unplanned manner. The questions that the general public has been concerned about are “why was there no transparency with the Pearl of China project, and why such secrecy?” My questions and concerns are “why not follow through on what was started during our administration (see enclosed documents as proof) in preparing our small island nation properly for such an undertaking.

Why hasn’t there been publicly any information given by the Council of Ministers in general or the Prime Minister and Deputy Prime Minister in particular in preparing our people prior to presenting this Pearl of China project. This obvious display of incompetence by these perpetrators of this embarrassing debacle, I say is shameful!