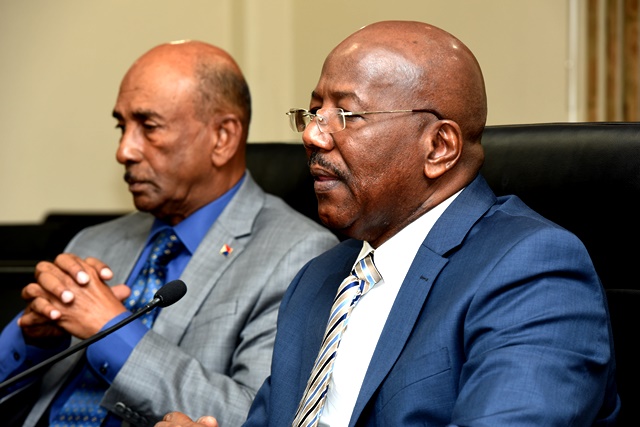 PHILIPSBURG, Sint Maarten — Prime Minister William Marlin has suggested that there was a misunderstanding between the Corporate Governance Council and him regarding the appointment of a new director for TelEm and has dismissed the notion that he asked for the committee members to resign.

Some coalition members have recently suggested that the prime minister requested for the council members to resign relating to an appointment of a director of the telecommunications company without their involvement.

Prime Minister Marlin disputed that notion at the Council of Ministers press briefing yesterday. He explained that TelEm has been without a director for some seven years and that the process of submitting names for screening to fill the director position began.

The names of two candidates were submitted to government; government chose one and passed on that name to the Corporate Governance Council.

In response, the government was asked to submit the other name, but Prime Minister Marlin said he was slated to travel and instead responded to the committee with his interpretation of the request for the other name.

“When I got the letter back from them, I gave it my interpretation and I gave it my reaction. They have sent back a reply saying there must be a misunderstanding and therefore they are requesting an urgent meeting for us to clear up the matter,” he said.

“There was no bad relationship between the corporate governance council and my person,” the prime minister explained, adding that the meeting with the council will be held this week.