What a change-up.  Player Development SXM went from lions and tigers and bears to sharks, groupers and jellyfish, as the group visited the Ripley’s Aquarium of Canada during day 8, Tuesday, August 9. The change-up started with the trip to Toronto.

The boys jumped on a modern high speed Go Train. They quickly realized the Go Train was fast, quiet and comfortable and air conditioned. Quite a difference from the open air 1890 trolley they rode at the train museum. The trolley was slow and noisy. You could hear the wheels squeal as they rolled along the track. The boys also noticed the Go Train had an engine in front and back, so there was no need to turn the train around. The trolley had a big circle at each end of their line to turn around.

At the Aquarium the boys stood on a conveyer belt and were transported under the water tanks. Fish swam all around them. They saw several different types of sharks and a fish that looked like it had a saw for a nose. The Aquarium had a variety of small pools that the children could touch sea life.

There was even a working model of a canal so the boys could actually push a model boat into a lock, close the gate, watch the water rise and then lock into the next level. They also tried to open the gates early to discover in real life that would be a bad idea.

Next up was the CN Tower. At 14 miles per hour an elevator whisked the boys to the observation deck. What a great view of the city and surrounding area. You could see for miles. There was also a section of the deck with a glass floor. You could stand on the glass and look all the way down.

Back on the ground we walked across the street to a train museum. The boys saw a Thomas steam engine, walked through two different types of caboose, and then it was off to lunch and then the Rogers Center for the ultimate change. The boys went from players yesterday to watching their first Major League Game. 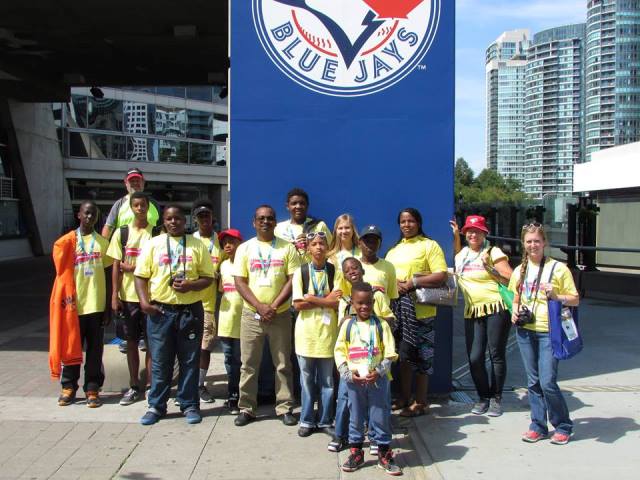 Gates opened at 5:30pm for a 7:07pm start. We found our seats. Second deck in left field looking right over the short stop. What great seats.

The crowd was great shouting encouragement for the Jays with separate cheers for Tu Lo, and the rest of the lineup. The boys were on their feet more than they sat.

The Rays took an early lead and went on to win the game 9-2. 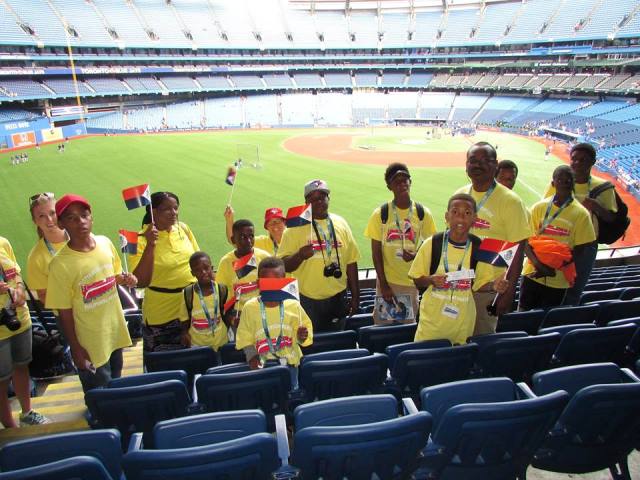