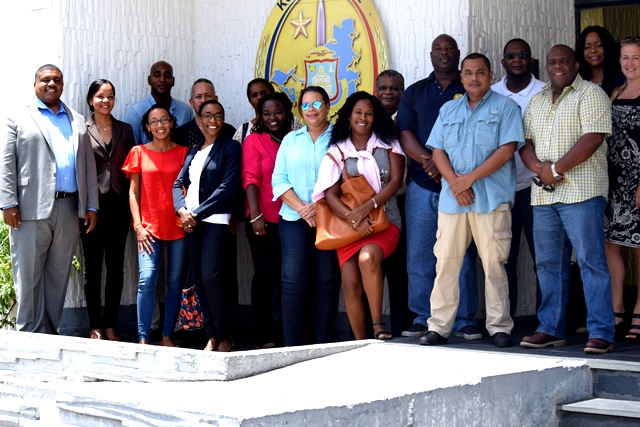 PHILIPSBURG, Sint Maarten — Detectives are presently investigating a very serious case of ill-treatment of a 24-year-old man, which took place on Saturday, August 13. The Emergency Dispatch directed detectives to the St. Maarten Medical Center (SMMC) where a male victim was brought in with severe burns to his body.

The victim stated to detectives that after a heated argument between his ex-girlfriend and him, she intentionally poured fingernail polish remover, which is a very flammable fluid, on him and set him on fire.

The female suspect with initials J.R., in the meanwhile, voluntarily reported to the police station in Philipsburg where she was immediately arrested and detained for further investigation.

The victim, who sustained second and third degree burns, was flown to Guadeloupe for medical attention.

TAPS is a program primarily designed for at risk youth, where students partner with mentor officers to discuss issues including bullying, anger management, avoidance of gang life, drug use and conflict management, as well as other youth and law enforcement topics.

Chief of Police Carl John met Dr. Penn during discussions at the General Assembly Meeting and Conference with the ACCP (Association of Caribbean Commissioners of Police) held earlier this year.

Dr. Penn stated that he and his family would be on a cruise in the Caribbean in August, and St. Maarten would be one of his destinations. He offered the police chief a one-day training session on TAPS for the police force and other departments within the Justice chain, who are directly involved with at risk youth and youth delinquency.

The police chief gladly accepted this offer and made sure all necessary arrangements were made to have this training take place. Subjects such as Implicit Bias, Procedural Justice and Juvenile Delinquency, were among the other topics that were part of the training.

Participants of the different departments experienced this training as very informative and look forward to follow-up training sessions, and discussions with Dr. Penn on when and how to best go about implementing a TAPS Academy in St. Maarten.

At the end of the training, Acting Chief of Police Denise Jacobs expressed gratitude to Dr. Penn on behalf of all departments present, and Chief Commissioner John for the training he provided.